It’s official – Max Bradford is the best Minister of Energy this country has seen in 45 years.

The eponymous architect of the 1998 reforms – which famously separated networks from retailing and completed the four-way split of ECNZ – received 23 per cent of the vote in our recent poll.

We asked readers to name the `best’ energy minister going back to 1977, when the former mining and electricity departments were combined into a single ministry.

“Good lord,” Bradford said by phone from Bangladesh last week, where he is leading a World Bank project to help improve the effectiveness of the country’s parliament. “I would have thought I would have been the most infamous.”

What is interesting is when you look at power prices in the last 20 years. 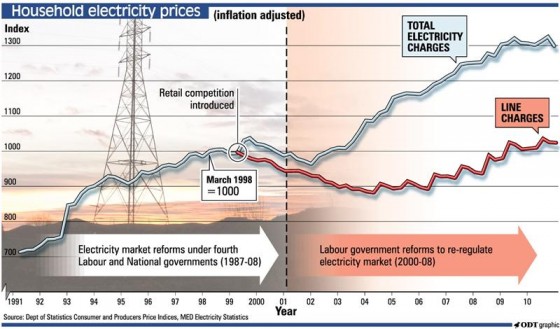 The Bradford reforms clearly worked. Power prices dropped for around three years – something that had never happened before. Then Labour’s policies started to impact and prices soared.