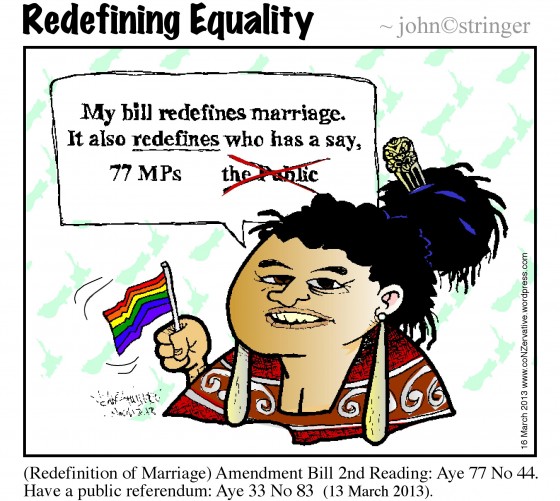 I’ll just point out that the public seem pretty supportive of same sex marriage, and they can vote for or against MPs on the basis of their vote. 41 electorate MPs voted for it, and 30 against.