Winston’s recent attack on Chinese immigrants was appalling. He takes a few cherry picked examples and portrays an entire race as being bad for New Zealand. Vernon Small summarises:

Despite his disclaimers that his party was not anti-immigration, you could not read the speech and miss the message: Chinese immigrants (or at least a demonised subset of them) drive up house prices, stretch infrastructure to breaking point, break the law, access health and superannuation they have not paid for, and import corruption and depravity.

We actually have an immigration policy that is blind to people’s race and ethnicity – which is how it should be. With the exception of a small quota for the Pacific, immigrants are not judged on their race or ethnicity. That is as it should be. It is appalling to judge someone not as an individual, but based on their race. That is why immigration decisions are based on skills, work offers, education, assets, family status etc. There will always be changes we can make to our immigration settings but I absolutely reject Winston’s approach of pilloring Chinese immigrants.

In his speech he had a few “horror” stories about some Chinese businessmen building a brothel, and Chinese tourists who like to gamble etc.

What Winston will never tell you is that overall Chinese New Zealanders commit far far fewer crimes than other New Zealanders, and contribute highly to the economy.

People may be surprised by how significant the difference is in crime rates, by ethnicity. These graphs are based on Stats NZ data from the Police. It is the number of apprehensions for each ethnicity, per 10,000 population. 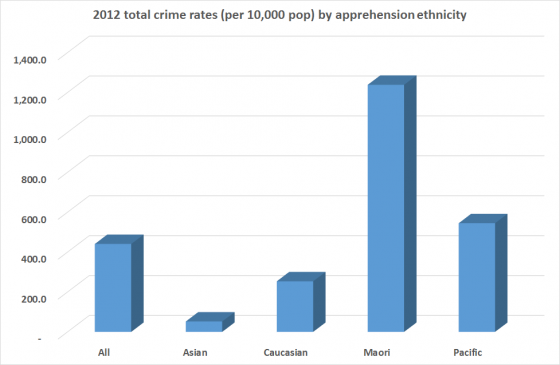 Maybe Winston will just claim that the problem is the Asian criminals are much smarter than the other criminals, so don’t get caught as much! 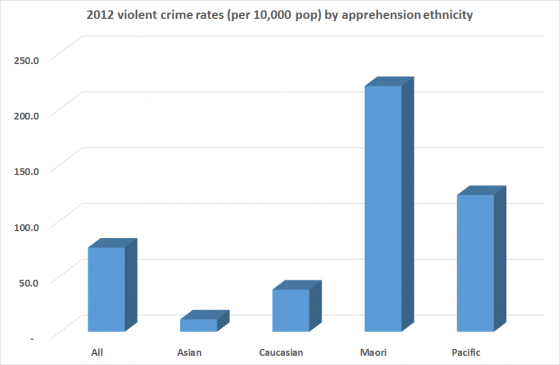 The overall crime rate is not a very useful figure, so I also thought I’d look at four common and penacious categories. The worse tends to be violent and sexual crimes and as you can see the Asian rate for violent crimes is less than a third of caucasions and one seventh of the overall violent crime rate. 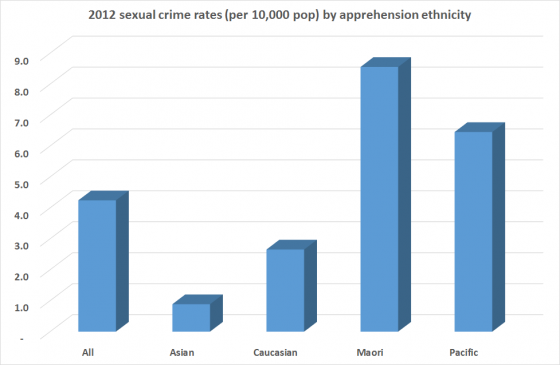 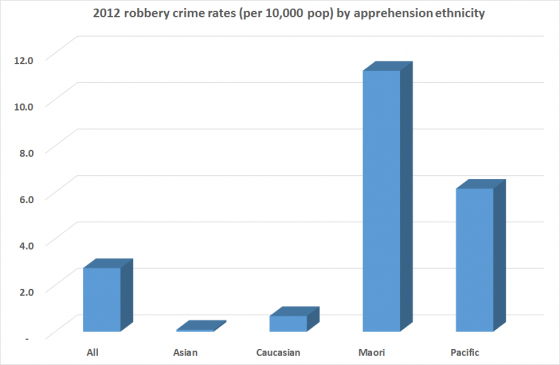 And when it comes to robberies, the rate is one twenty fifth of the overall NZ rate. 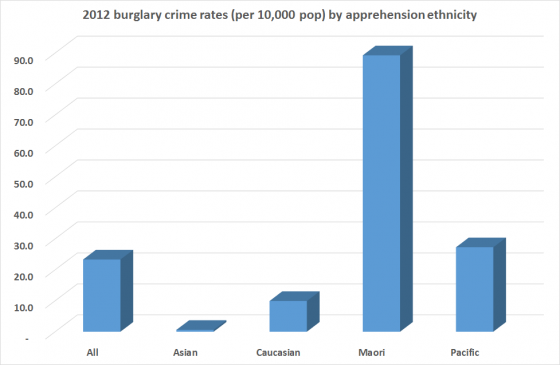 And for burglaries, the rate is one fortieth the overall NZ rate!

So the next time Winston goes on about how Chinese immigration is turning Auckland into a city of sin, remind him how crime is a sin – and that his xenophobic scaremongering is repugnant.