Went up Te Ahumairangi (Tinakori) Hill this morning for the first time since the storm. I think there were some signs up saying the tracks were impassable. This wasn’t quite the case, but it did involve a fair amount of climbing, on squeezing under fallen trees. 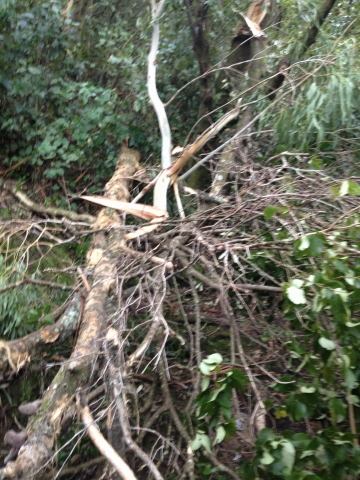 Fairly easy over that one. 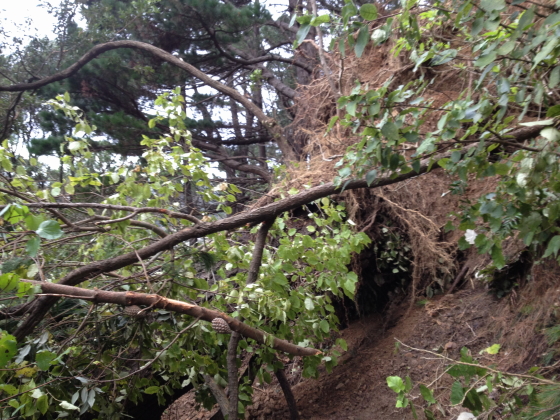 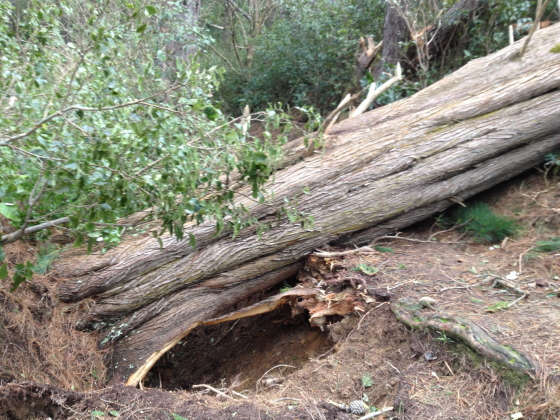 The dog went under that one, and we went over it! 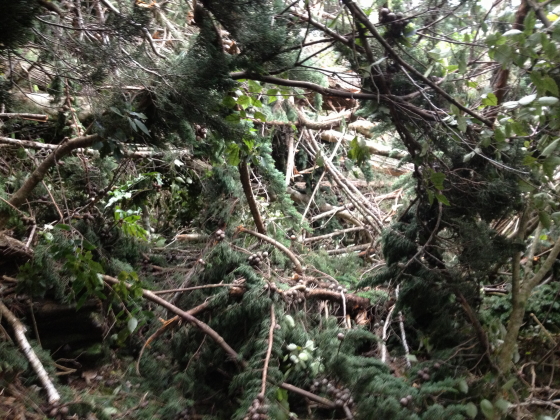 This was very thick to get through. 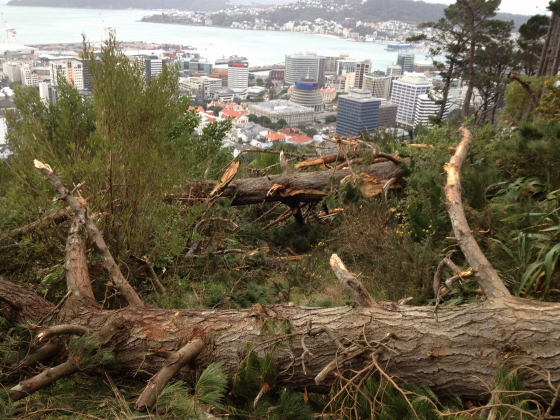 Under and over these ones coming up. 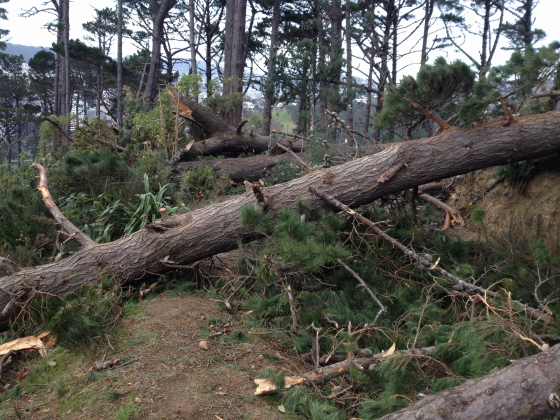 And the main Northern Walkway route has basically a trail of destruction on it towards the end.