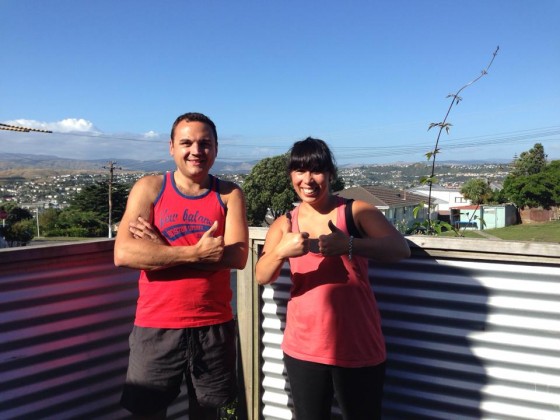 This is the Mayor and Deputy Mayor of Porirua City. They’re both in their 30s, and great to see some youthful leadership.

Porirua has the country’s youngest population and now it has the youngest heads at its helm.

She was elected to her second term in the Western ward in the local body elections earlier this month.

Mr Leggett this morning said he had chosen his deputy on merit, but but her youth didn’t hurt the city’s reputation as ”young, diverse, and progressive”.

She had four young children so was a good voice for the city, which had plenty of young families, Mr Leggett said.

”There are very few people with young kids in local government.”

Leggett and Coffey are not the youngest Councillors though. That is Bronwyn Kropp who got elected at the age of 19 in 2010 and re-elected in 2013 at the age of 22. And she has shown you can be a good Councillor at a young age. The Kapi-Mana News rated her:

Another high-rating rookie, Ms Kropp was the only councillor, aside from the mayor, to receive perfect marks for work ethic and responsiveness. Praised as an effective voice for youth, she was also commended for her maturity and passion.