The final day saw us up before 6 am, as we wanted an early start so we could get out in time to go to Kamarea ad have some whitebait fritters before our flight at 2 pm. 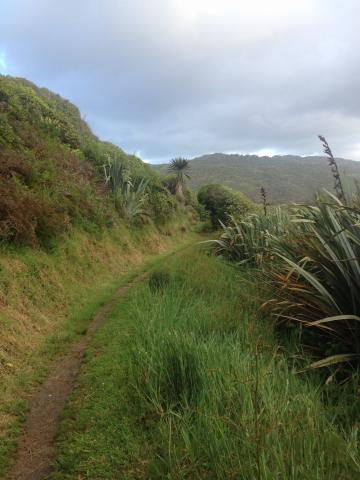 It’s a 16.5 km trek out to Kohaihai. Not quite as much variety as the other days, but still some great sights. 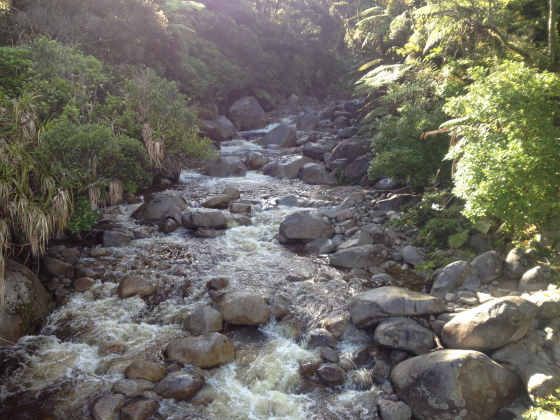 You cross over many streams heading down into the sea. 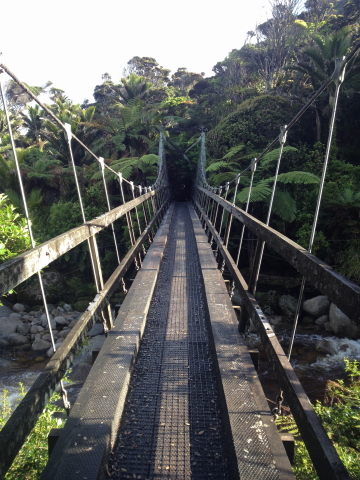 Luckily most of them have bridges. 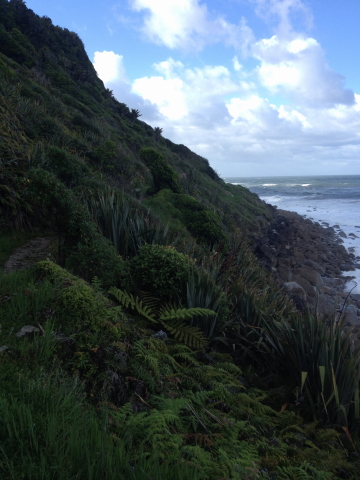 At times the track lifts up from the sea level a fair bit. 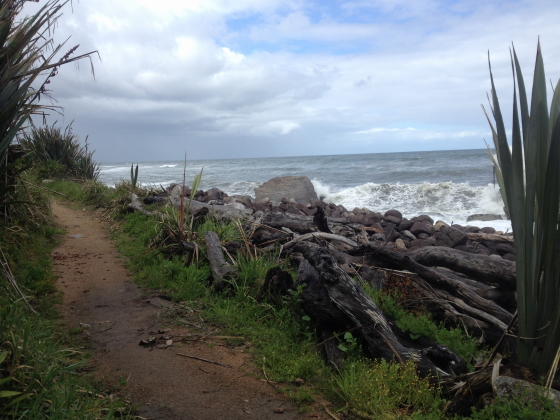 But at others you are right next to the mighty ocean. 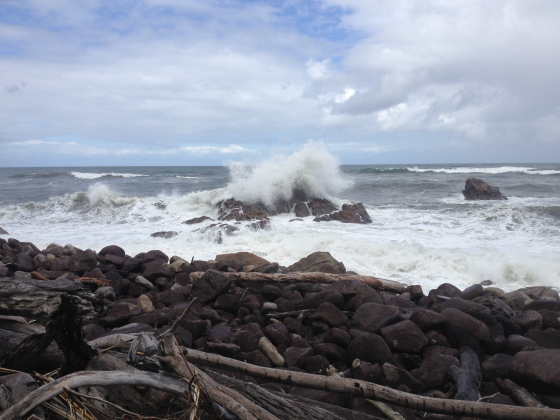 It’s a damn powerful sea and people have drowned there. During high tide the track can be impassable for a couple of hours. You can see from the power that a single wave could easily knock you down. 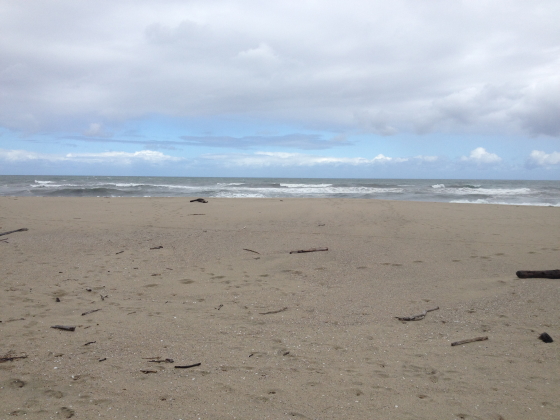 Towards the end, is this lovely beach. 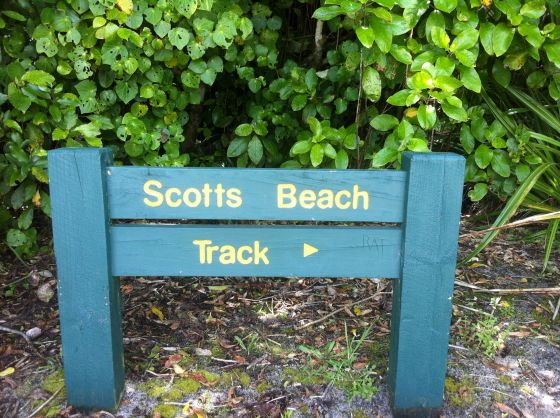 Scotts Beach is around 50 minutes from the end, and fairly popular place to come into just for a day. 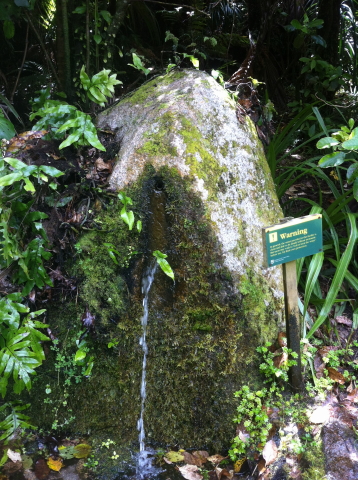 A drinking supply from the rock! 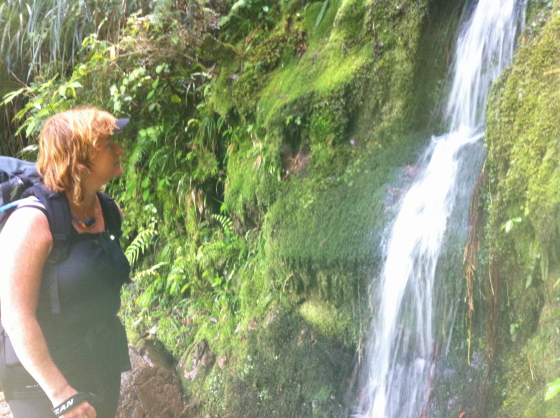 One of several waterfalls during the final portion when you climb up after Scotts Beach. 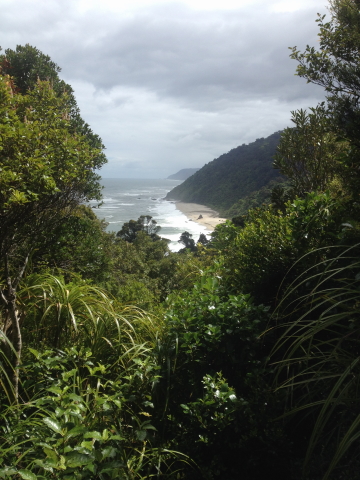 The view back to Scotts Beach. 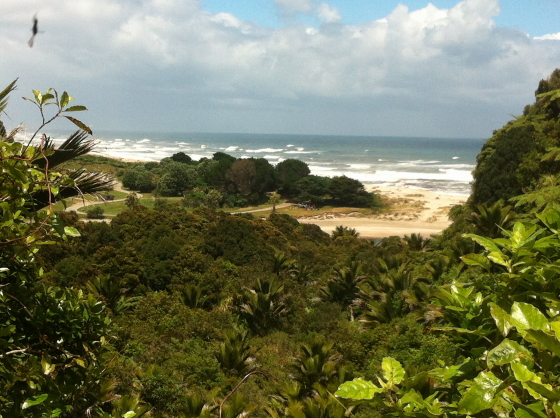 Getting close to the end. 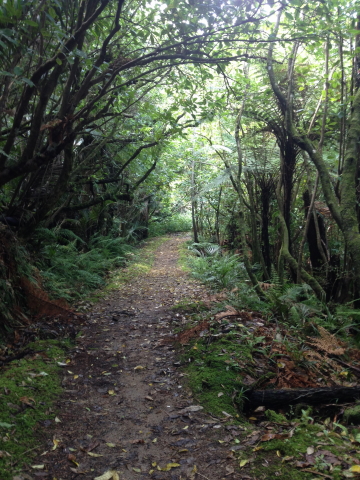 Back in the bush. 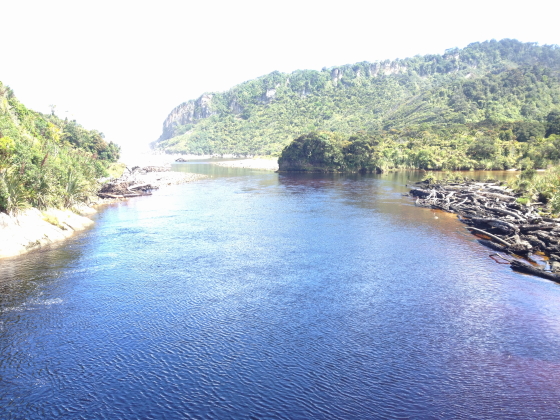 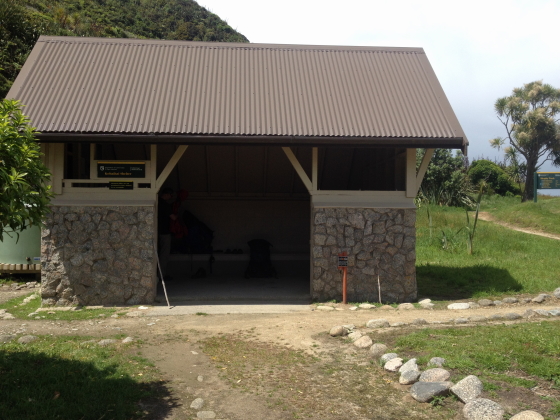 And we’re out. The final party members literally walked out within 15 seconds of the shuttle turning up, so that was great timing. 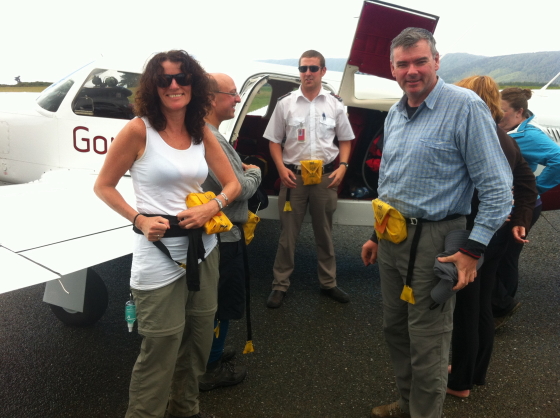 We headed into Karamea for Whitebait Fritters (they were great) and then out to the airport to fly back. Putting on the life jackets in case we crash land on water! 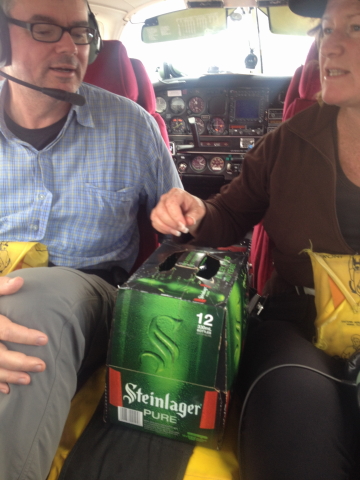 We had joked to the pilot, who had also driven us in on Thursday in the shuttle, that a dozen beer in the plane for the trip home would be great. We were amused and pleased that he actually went out and did that. How is that for great service from Golden Bay Air. So got to fly home and enjoy drinks on the way. 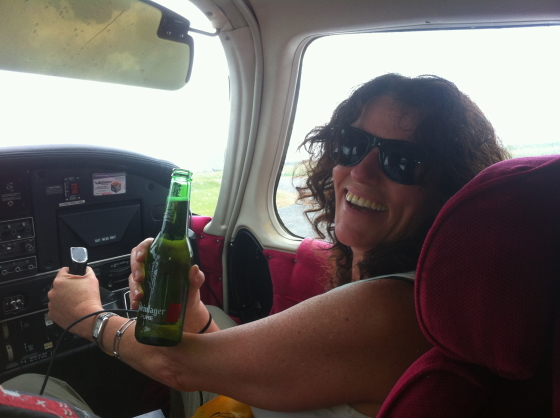 Fortunately Tracey was just sitting there, but not actually the co-pilot. Even more fortunately the pilot turned down her requests to try flying the plane for a bit. 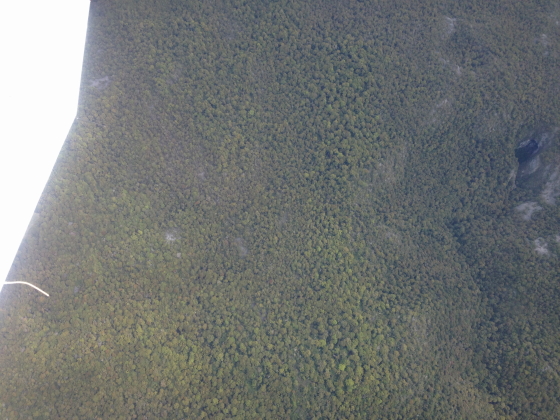 That cave on the right is huge. The pilot pretty much turned the plane on its side so we could see down it. 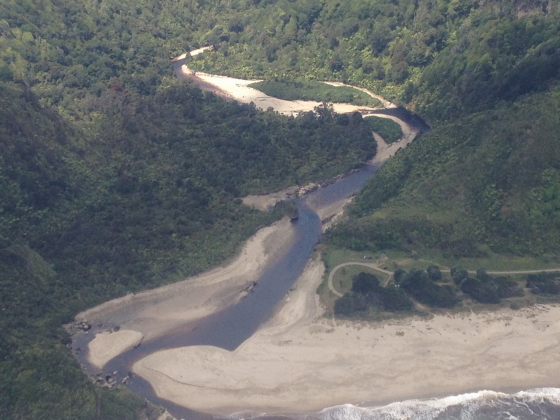 The end of the Heaphy Track, from the air.

We got back to Nelson around 3 pm and after much needed showers, headed to the Honest Lawyer for drinks and dinner.

Hugely enjoyed the tramp, and can’t wait for the next one. You can see why people travel from all over the world to come here and see our amazing sights.