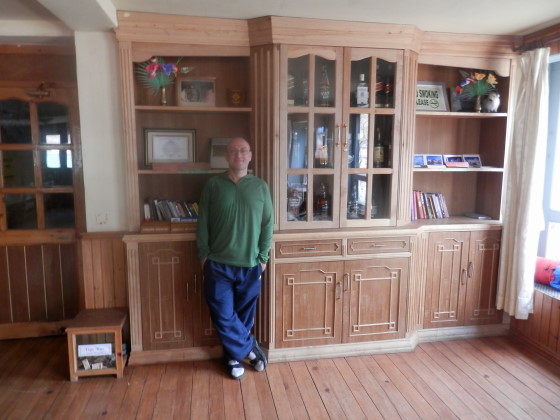 Day 14 was a rest day in Namche, and for once an actual rest day – no hikes up mountains for a couple of hours. It was also my first shower, shave and non-vegetarian meal in 11 days, and I really can’t say which I enjoyed most!

This is the after photo of me having showered, shaved and changed. You really do not want to see the before photo!

Somewhat amusingly, Namche is probably the area where I came closest to doing myself a serious injury. I walked down a pathway without noticing a yak coming the other direction and almost collided with it! It takes a while to have to get used to look for livestock as you walk out from your lodge. 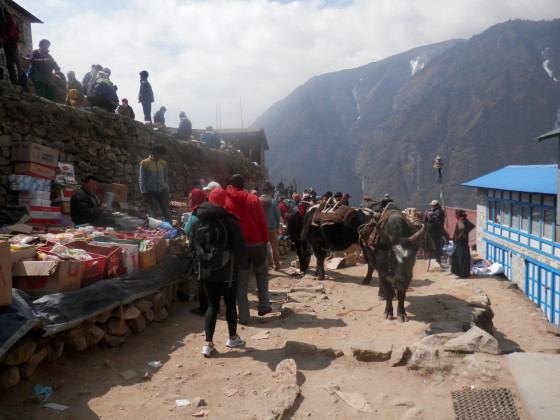 Saturday is market day in Namche, so we went along to have a look at the wares. People come from all over the region to trade and sell goods. If it isn’t here, you probably won’t be able to get it anywhere. Managed to buy a few things for nieces and children of friends. 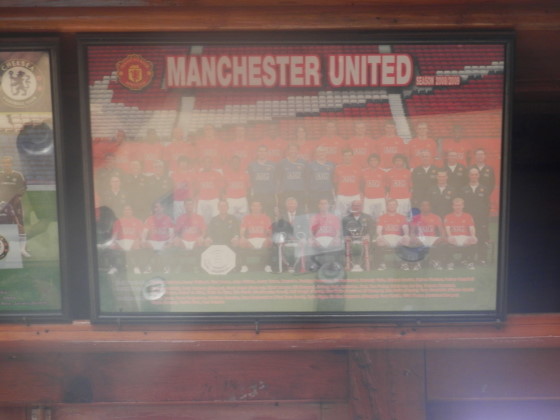 Later popped into the Everest Bakery (the bakeries in Namche are excellent) and thought Mark Unsworth would be excited that even there they have a Manchester United fan photo. 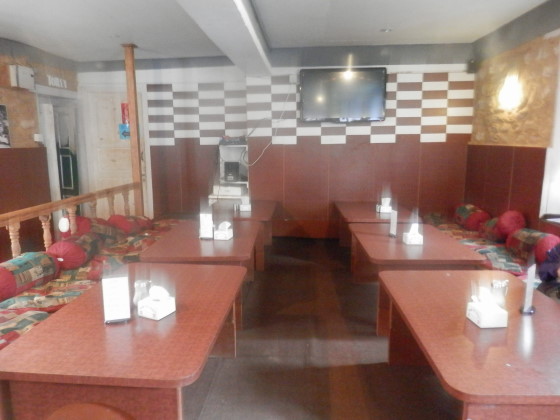 During the afternoon we went to one of the local bars for a free film showing. It was Sherpas: True Heroes of Everest. A great documentary on how basically no one would ever make it to the summit of Everest without the Sherpas who go up in advance and lay down the ladders, set up the camps etc.

In relation to the issue John Stringer raised, I don’t think a five year ban of climbing Everest would benefit the Sherpas. In fact some years ago the Nepalese Government did try and restrict the number of expeditions up Everest, and it was the Sherpas who complained that it left so many of them without income.

Also worth noting that even if Nepal tries to ban expeditions, then China can still allow them from the Tibet side – and again this is exactly what did happen when Nepal did restrict them – everyone just started climbing from Tibet.

The best thing that can be done for the Sherpa guides and porters is to place pressure of climbing companies to pay good wages, to have a strong focus on safety and to make sure all Sherpas are insured against accidents or death, so their families are looked after. You can’t however make Mt Everest a non-dangerous mountain. 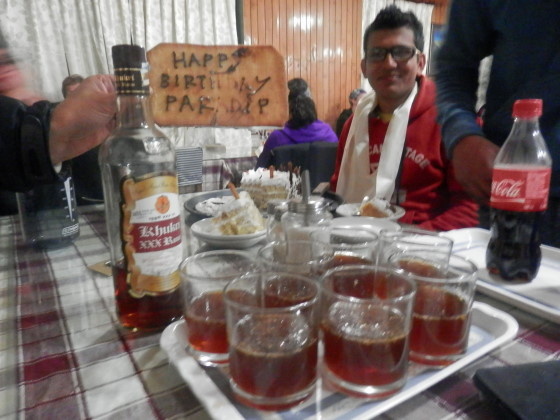 Our guide had his 24th birthday today, so we arranged a surprise birthday cake, and the assistant guides made up some drinks which were a combination of whiskey, coke and orange juice. We had a very fun night celebrating.

We’d had a drink or two at the bar earlier , then the drinks over dinner, and then hit another bar after dinner. Was a very good night, and suffice to say that when I had a headache the next morning – for once it wasn’t altitude sickness.

Also very funny was just after we crashed, I heard my room mate’s phone suddenly say in an American female accent “What can I help you with”. This set us both off with a fit of giggles and laughter that could be heard several rooms down.

Was great to have a relaxing recovery day. Much needed. Two more days of trekking to go.