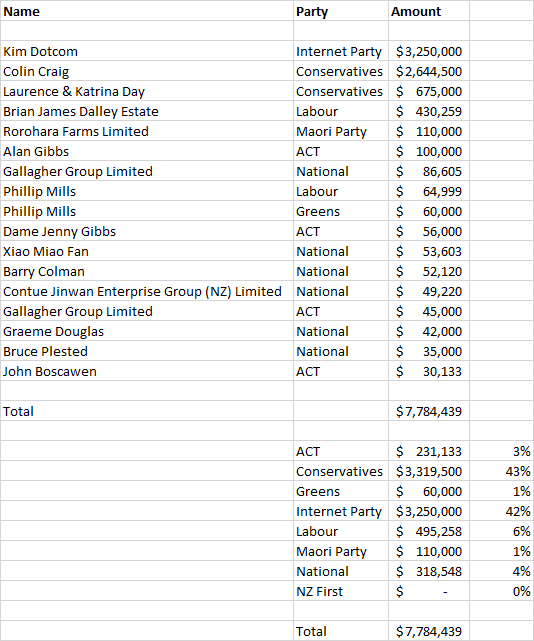 This tables shows the large (over $30,000) donors to the parties since 2011. It does show quite dramatically where the big money is.

Note the figure for Colin Craig includes a donation in 2012 for around $1.6 million which was effectively for the previous campaign. However as recorded in 2012, I’ve included it.

Very interesting that NZ First claims not to have had a single large donor. They’ve claimed this in the past and it has turned out to be false, so I am naturally suspicious.