As usual two cartoons lampooning both sides of the political divide in USA politics.

The first makes fun of John Boehner and compares him to Moses! 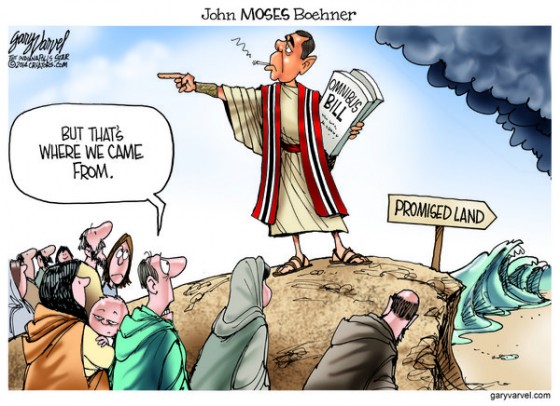 The second refers to the cover of the 23rd October edition of Rolling Stone magazine and also this extremely glowing appraisal of President Obama by Paul Krugman. 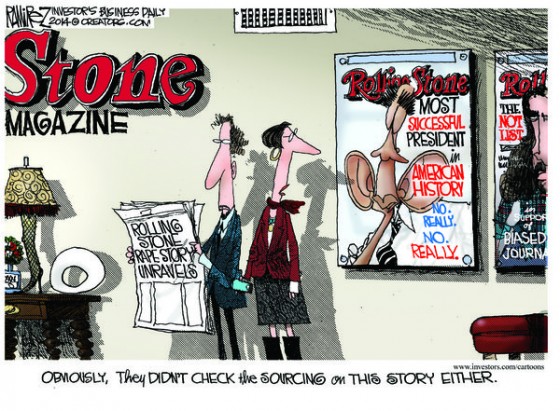