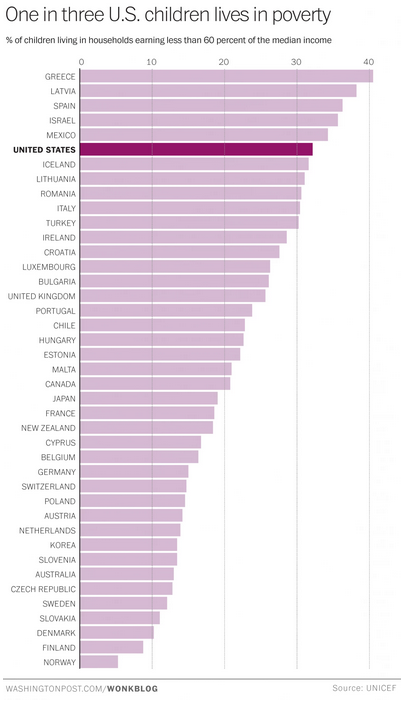 Using this measure, NZ has less child poverty than Ireland, the UK, Canada, Japan and France.

Not that I think 60% of median income is a good measure. On that measure there is arguably no child poverty in North Korea as the median income is so low, that everyone is within 60% of it.