The US cartoonists have been particularly active over the holiday break so I’ve selected three cartoons.

The first makes fun of GOP leader Steve Scalise for allegedly giving a speech to a KKK audience in 2002. He claims he didn’t know. NB: toga party = costume party. 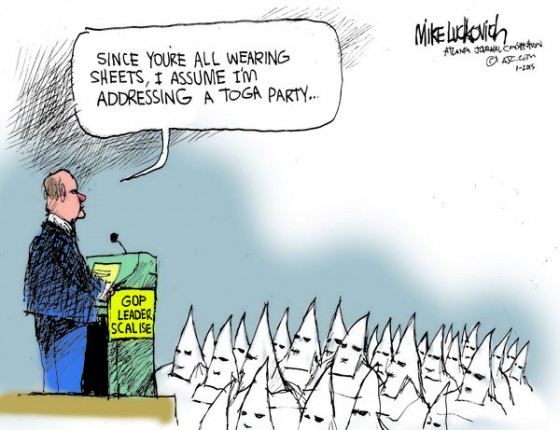 The second cartoon has Obama assessing the odds of Gitmo prisoners being a threat upon release. 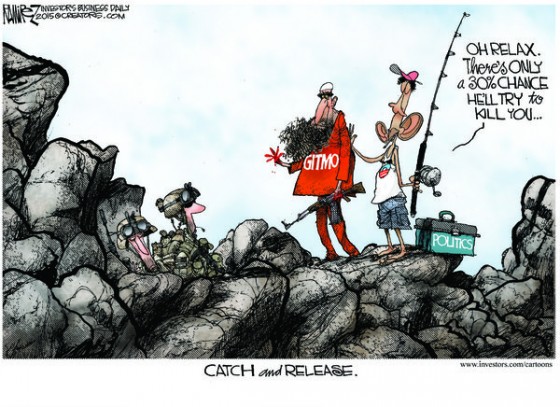 Finally it wasn’t the Americans who busted the North Korean internet a couple of weeks ago….. 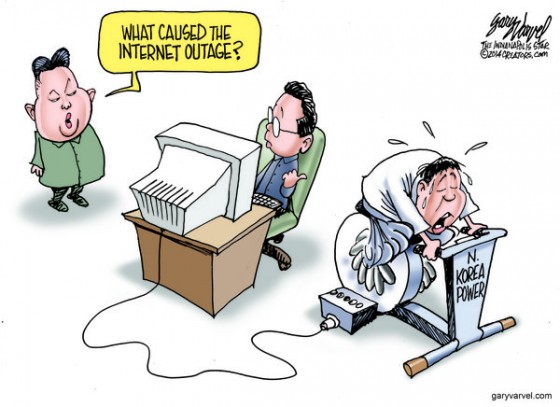 [UPDATE]: Added the word ‘allegedly’ to the line above the first cartoon.