Plenty of topics for the US cartoonists to choose from, anything from the US debt, to ISIS, the measles and Brian Williams!

The first cartoon I’ve selected is about the massive US debt and Obama’s attitude towards it. 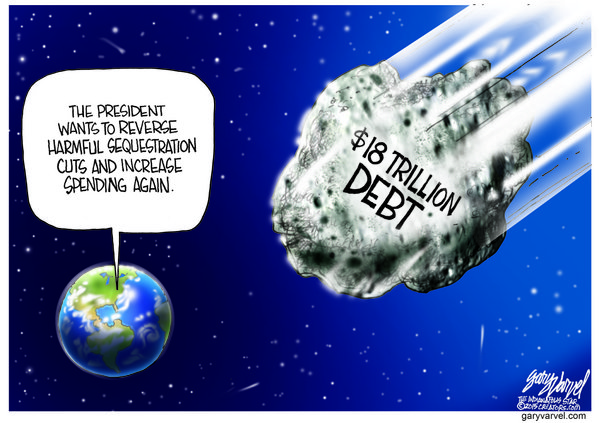 The other cartoon is for all the Cheney haters out there! It compares Brian Williams to Dick Cheney re Iraq. I’m not a Cheney hater but I can still see the funny side of this one. 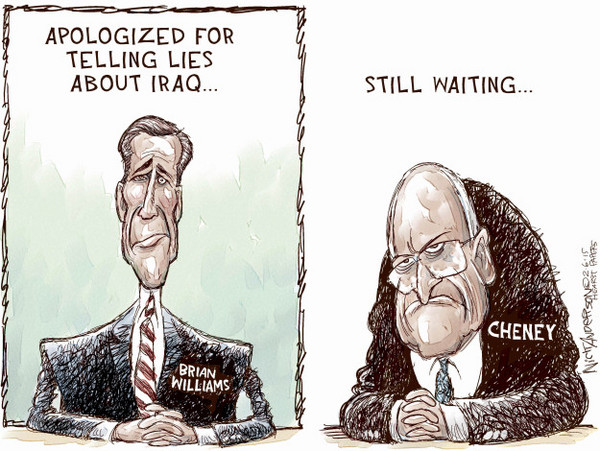