Whilst the standing down of Brian Williams from NBC continues to tickle the funny bone of the US cartoonists I’ve chosen one cartoon about Obama’s Iraq policy and the other about Jeb Bush.

The first is by Michael Ramirez and highlights an issue with Obama’s foreign policy and the lack of properly defined endgame. The word overcautious comes to mind. 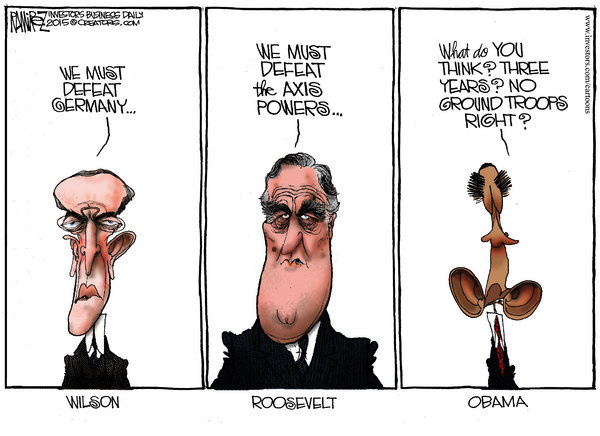 The other cartoon by Andy Marlette makes fun of Jeb Bush’s strategy of seemingly trying to win the GOP presidential nomination by hoovering up the big $’s early on from the key GOP donors. He hasn’t as yet convinced me that his policy ideas are winners. He is a winner in the piling up the campaign funds contest though. 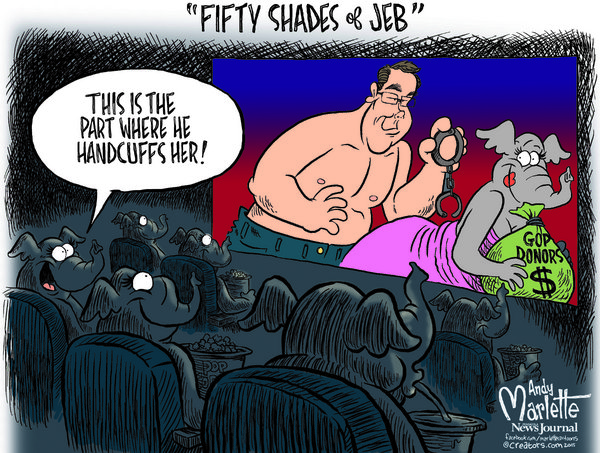