I haven’t had the time to keep up with has been going here at Kiwiblog but I imagine the topic of the cartoon has been discussed already.

Hillary Clinton’s email server at her home is now a real problem for her as Gary Varvel observes. 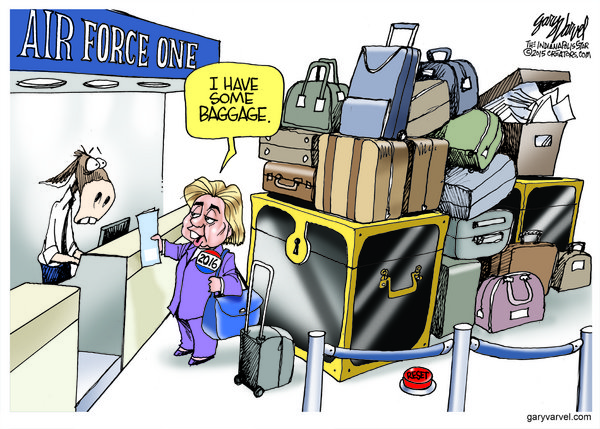 Now I’m not a Clinton hater and think that Bill Clinton despite his obvious faults was a better POTUS than G W Bush and Barack Obama. But that said the Clinton’s would have to be the equal of Richard Nixon when it comes to playing dirty, tricky, sneaky political games to keep ahead. If a GOP Secretary of State did what Hillary has done and set up their own email server they would have been crucified by the US media.

As for Hillary as a presidential candidate, she looks more and more like in political terms she’s over the hill. If I was a Democrat I’d be concerned.