Middle eastern politics and terrorism was the prevalent theme with the cartoonists this week.

This cartoon is by Gary Varvel (whose cartoons are consistently funny and thought provoking). 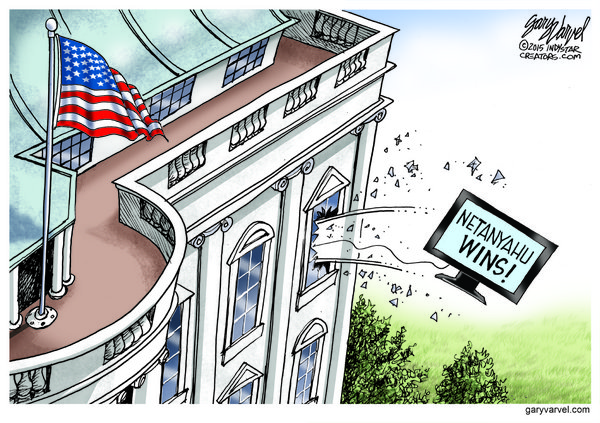 The obvious dislike between Obama and Netanyahu must be music to the ears of Israel’s enemies in the Middle East. This is something I find very troubling as Israel and USA need to stand together now more than ever. In my opinion ISIS and friends are winning the war on terror. It pains me to admit it, but ISIS and friends are more organised than America and its allies. It is certainly reminiscent of the 1930’s when fascism was growing.

Also why is Obama so bent on agreeing to a deal with Iran? It seems like a very risky strategy to me.