Part 2 looks at what we can and have learnt about the past from Antarctica. As the world’s only continent reserved for science, it is a unique area of knowledge.

These graphics are from Richard Levy, a paleoclimate scientist with GNS.

As you can see above there is a lot of ice down there, but also land below the ice. 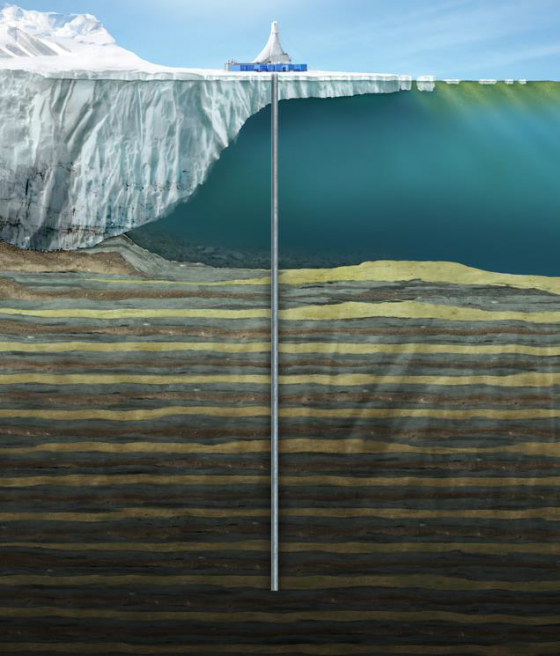 One of the science projects NZ has been involved with has been a multi-million dollar drilling project where you drill through both the ice and then the ocean down into the earth below. And then a core section is extracted, so it can be studied. 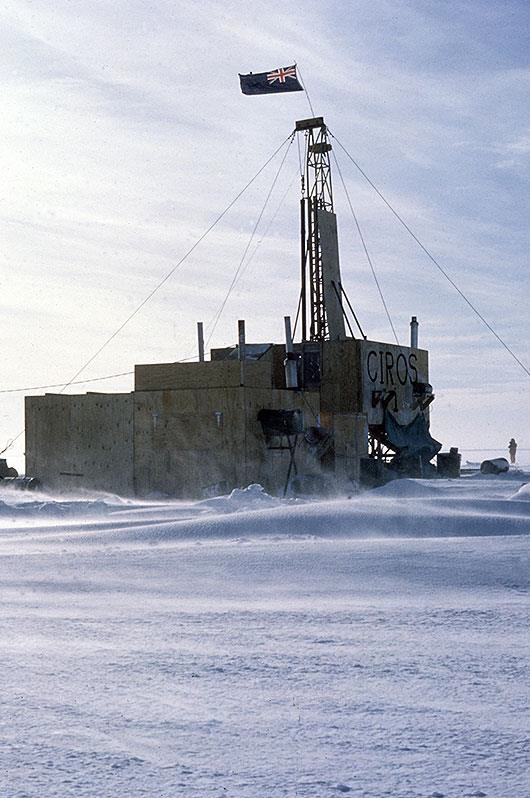 This is a photo of the CIROS drilling base.

Eight countries (including NZ, US and UK) are involved in the ANDRILL (Antarctic Geological Drilling) program.

And what does it tell you? Well they drill down hundreds of metres, and it is a look back in history, as you get samples from millions of years ago – all wonderfully preserved under the Antarctic ice. 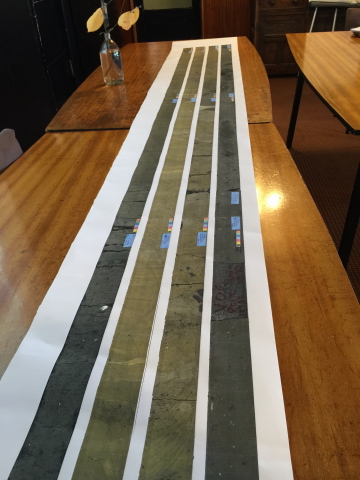 Printed copies of the core were given to us to look at. They comes from around 2.7 million years ago. 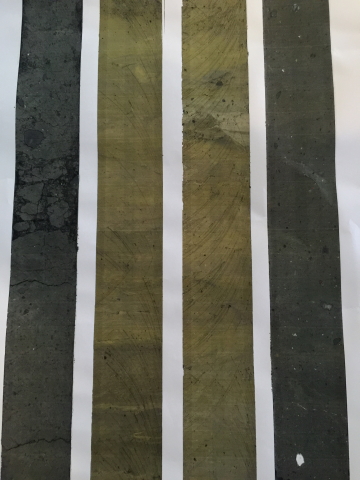 You won’t see much in this photo, but there is a huge amount of detail in these. The different colours, the presence of stones, any cracks etc. And through this scientists can work out what was happening millions of years ago – was this area under water, or above sea level. Were there glaciers there? They can also use proxies to work out how much CO2 was in the atmosphere.

What is the relevance for today? Well apart from knowledge for its own sake, the science programmes down in Antarctica allow us to better understand what the correlation in the past has been between temperature, sea level and carbon dioxide levels. No matter what your views on the strength of the relationship between carbon dioxide levels and temperature and sea levels, almost everyone should welcome getting better data and information on what has been the situation in the past. Science is not just about computer forecasts of the future, but very much about what we can learn from the history of the past.

So part of our work in Antarctica involves scientists  such as Richard learning about the past. And when I say learning, I don’t mean working at some desk in Wellington analysing data. They actually go down to Antarctica, spend weeks to months at remote stations like CIROS, living in tents, operating the drills, pulling the core up, and examining it there and then.

Antarctica is unique as a place for science such as this. The Antarctica Treaty which came into force in 1961 is one of the simplest, yet best. It sets aside Antarctica as a a scientific reserve, bans military activity, puts aside all territorial claims, and guarantees free access to all treaty state members and observers.