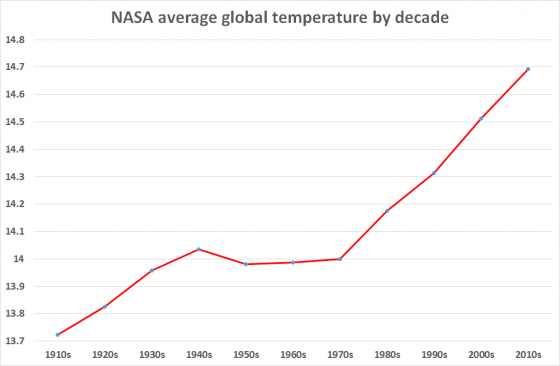 However what matters more is not the temperature for one year (as they get affected by many variables).  In the last 40 years or so the average temperature (sea and land) has risen around 0.7 degrees. The graph above shows the average by decade.