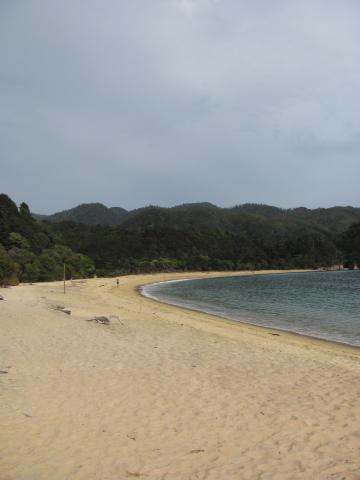 Friday morning starts off with a short trek along the Anchorage beach. 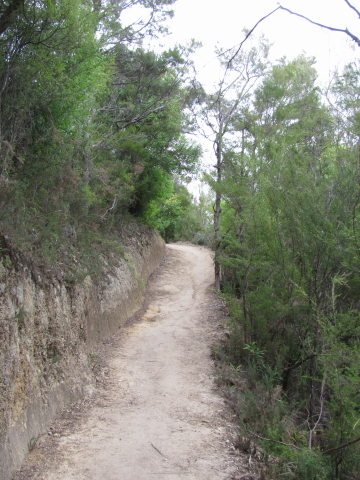 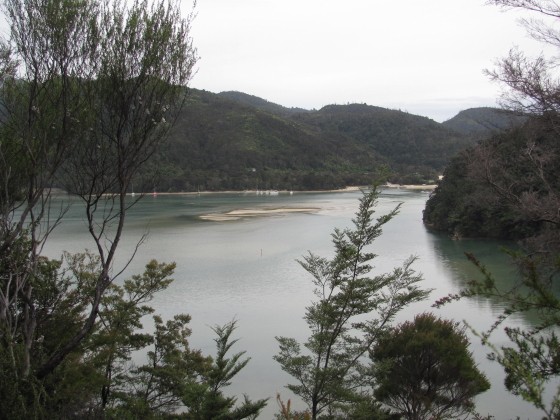 You loop around the inlet. 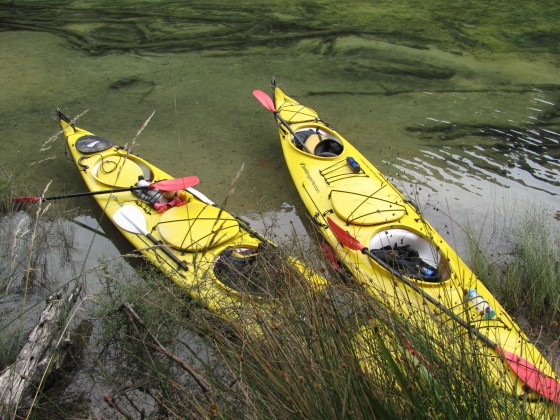 Some kayakers having a rest. 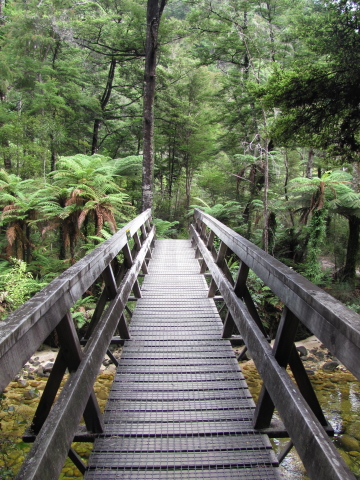 Then cross the water on the bridge. 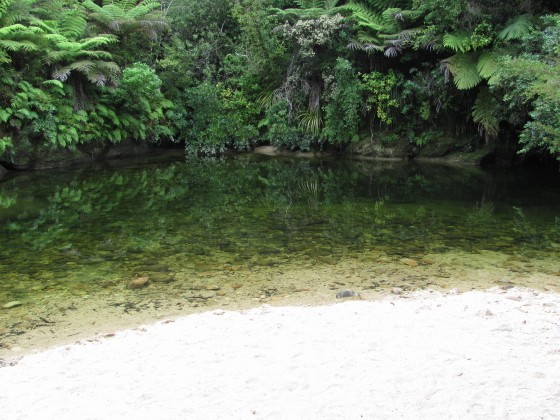 This is just next to the bridge, and where we had morning tea. A lovely isolated swimming hole. 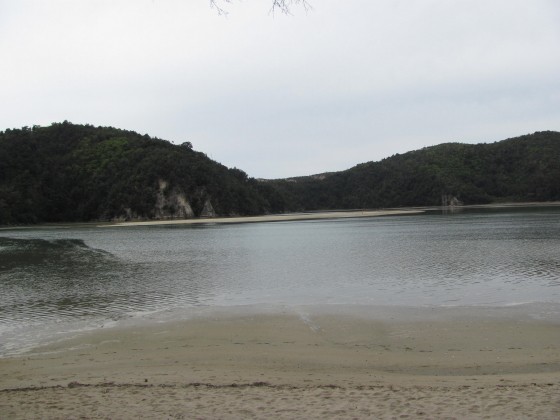 The low tide track across the Torrent Bay Estuary. 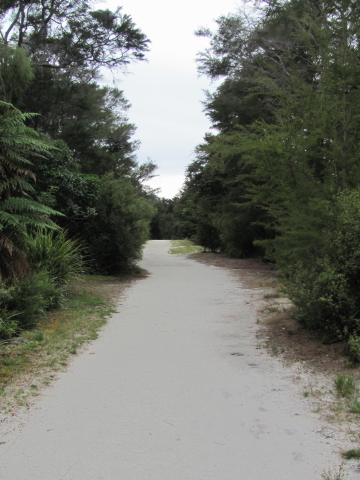 There’s a couple of dozen houses at Torrent Bay, and this is the main road through the settlement. 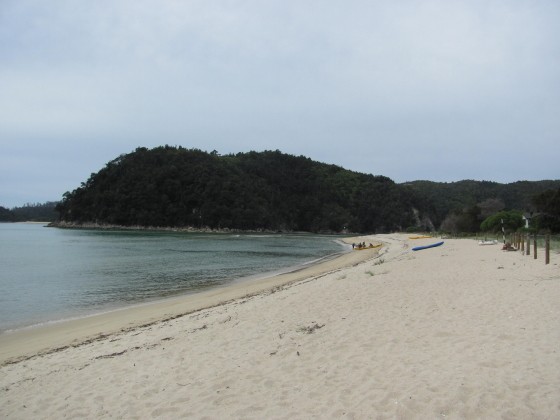 The beach at Torrent Bay. 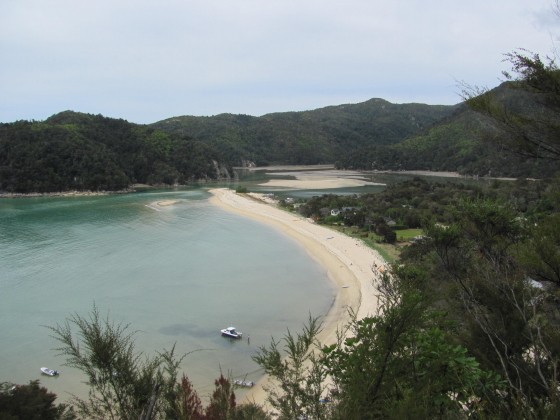 You then climb up steeply after Torrent Bay, giving you this view. The track has no major climbs, but lots of minor ones of 100 metres or so. 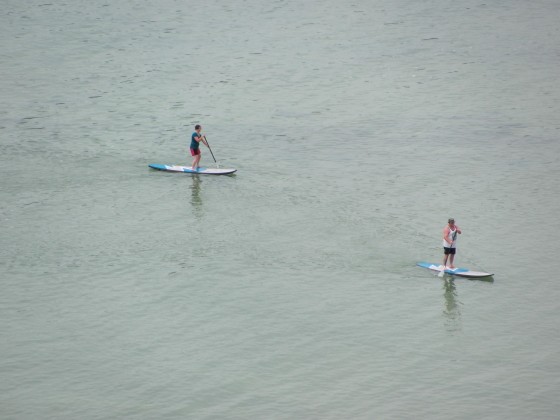 A couple of paddle boarders. 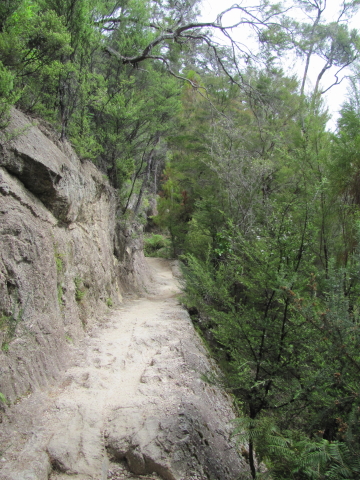 The track goes inland and gets a bit narrow. 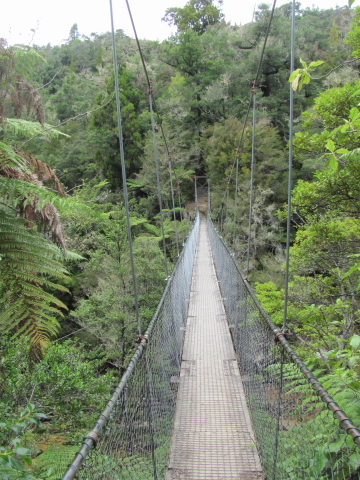 Over the large swing bridge. 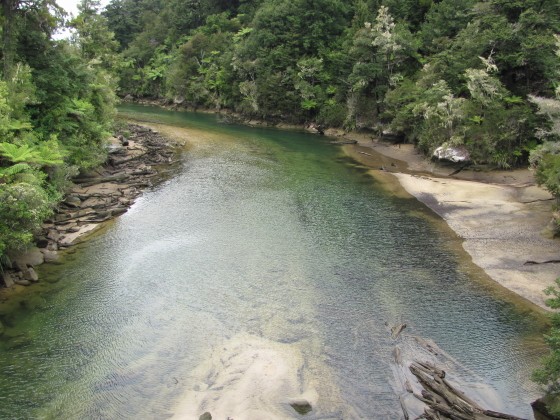 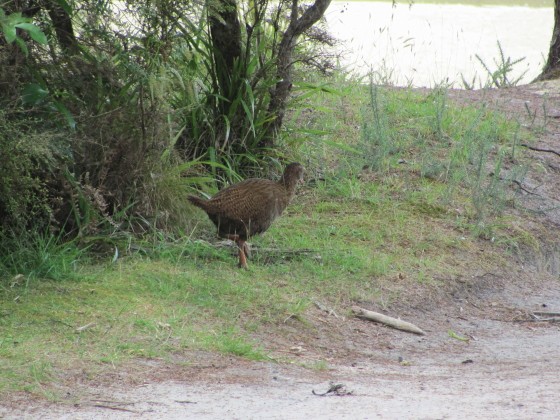 As we drop down towards Bark Bay, we see a weka. 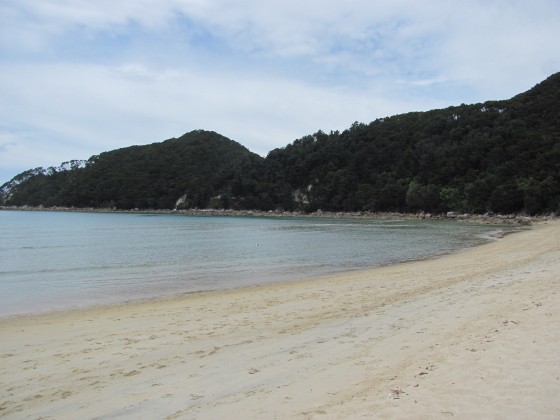 The beach at Bark Bay. 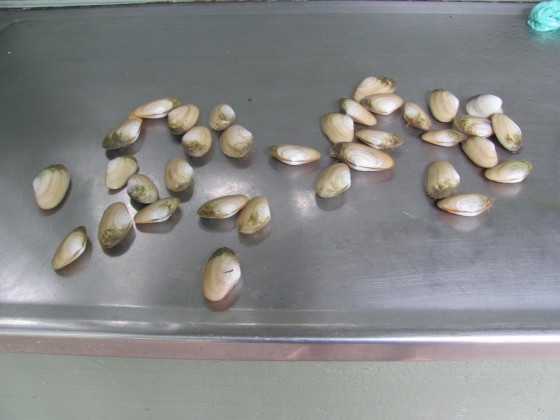 I went for a swim and discovered lots of pipis in the sea. So threw them in the water to spit out the sand and then boiled them, so we had pipis for afternoon tea. 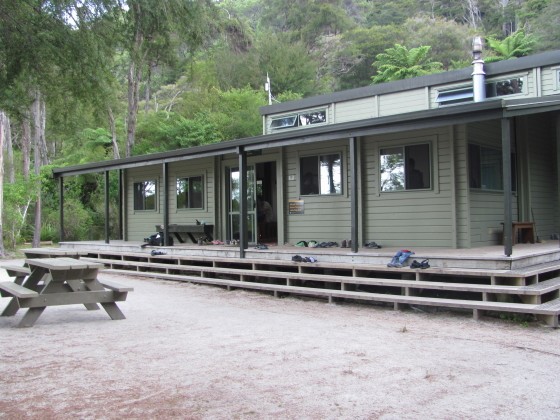 The Bark Bay Hut. Two rooms inside the hut that sleep 14 each communally, and another room on the side which we were lucky enough to score that has just six individual bunks. 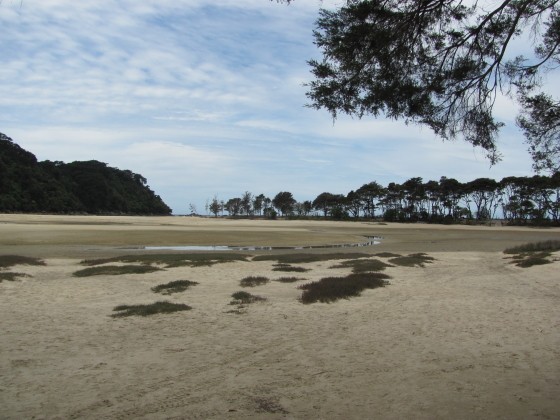 The Bark Bay Estuary at low tide. The campsite is in the trees between the estuary and the sea. 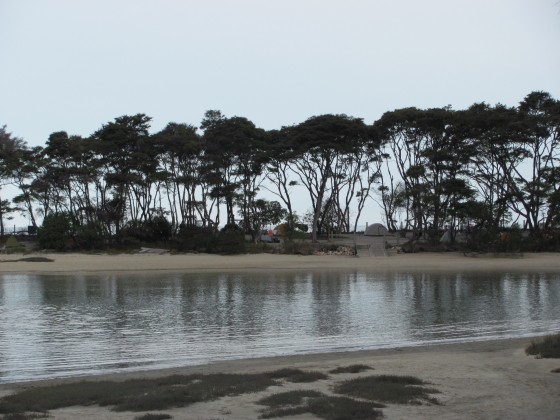 And as the tide comes in.

A fairly gentle four hour day with 13 kms or so.