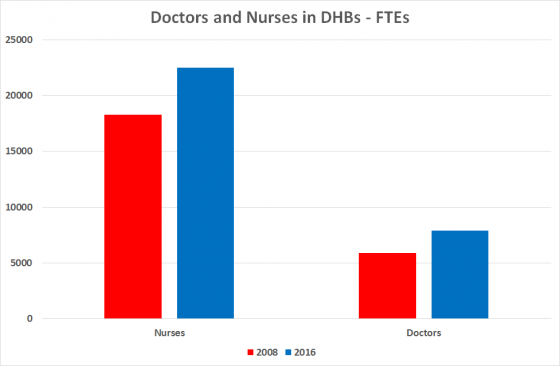 In total the number of doctors and nurses working in DHBs across the country has increased by over 6,100 since 2008 – an increase of 25 per cent.