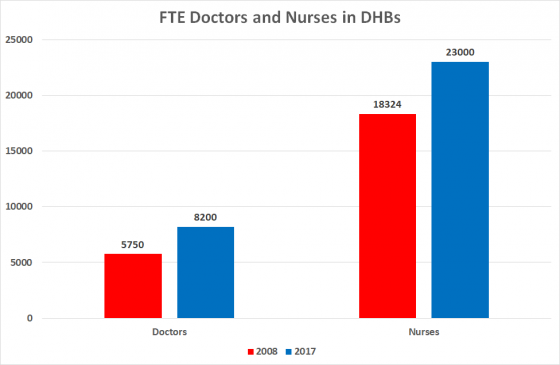 When Labour repeat their lies about National having cut health funding, it is worth reflecting on the significant increase in doctors and nurses employed by DHBs.