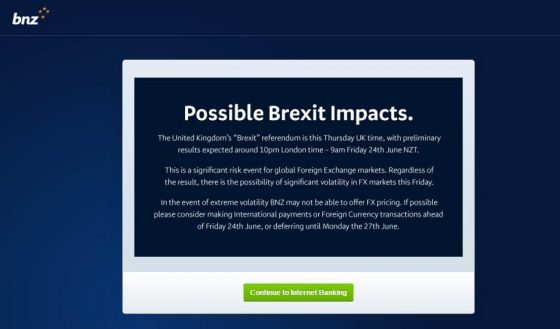 A reader sent this in. It shows how nervous global financial markets are if banks are warning they may have to suspend FX trading.