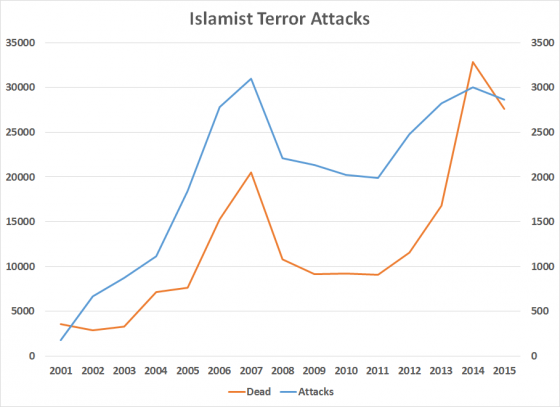 The number of attacks in blue is on the second axis and the death toll in yellow on the first axis. It shows a near tripling in the death toll since 2011.

The data comes from The Religion of Peace website. They catalog not just the major terror incidents but the many that get almost no reporting in global media.

Just in the last month there have been over 200 attacks in 31 countries killing 2,135 people.

The site has a good page on why you should always treat individual Muslims with respect and individuals and never harm or harass them or treat them differently. However that one can and should criticise Islam as an ideology – an ideology that has thousands killing in its name on a scale not found in any other religion.