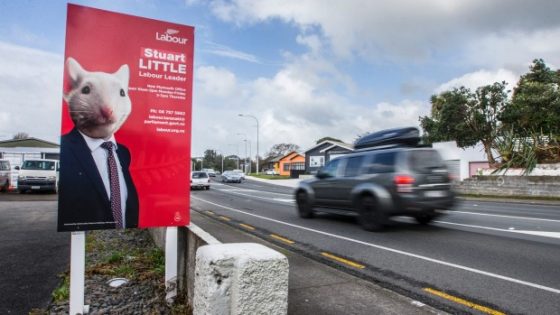 The new face of the Labour Party leadership is small, furry and named Stuart.

Labour leader Andrew Little’s billboard erected outside his New Plymouth electorate office on Northgate has been taken to by some creative vandals, who expertly superimposed the face of the movie mouse Stuart Little.

Stuart might get more votes in New Plymouth than Andrew. Labour’s electorate vote has been:

I suspect he wouldn’t even get 10,000 votes in New Plymouth  2017 which is why he is trying to steal Rongotai off Annette King! So far she has resisted.