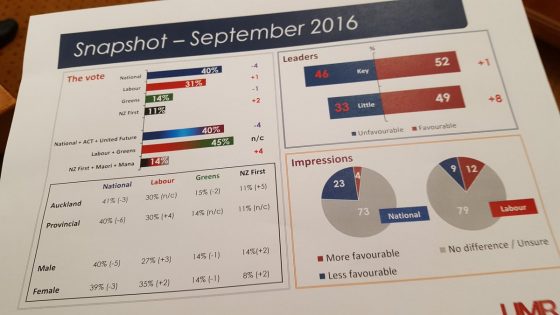 A rather desperate Andrew Little has released their internal polling from UMR to try and convince people they are really winning.

UMR is a very good company and I often refer people to them, if I can’t do the work. But I will comment on this specific poll as it is vastly different to every other poll published.

The differences between this poll and the other polls is outside the margin of error for National. For those interested here are the four most recent polls for National and Labour

Something I often advice when polls differ is to average them. If you did that with these four National would be at 45% and Labour 29%. But note they are done over different time periods.