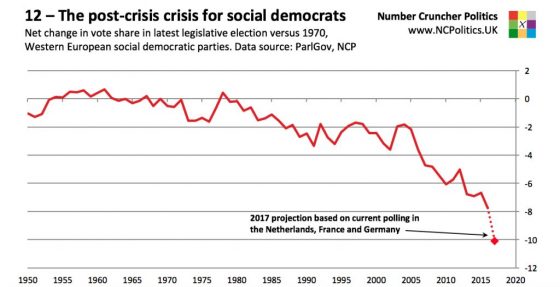 This graph from Number Cruncher Politics is stark.

In the Netherlands the Labour Party is currently polling at 10% down from 35% last election.

In France it is widely expected the Socialist Party will come third in the presidential election behind the National Front. They are polling at 12%.

In Germany the SPD are polling at around 20%.

I think their failures are a mix of being on the wrong side of the immigration debates along with a rejection of high spending high debt parties.