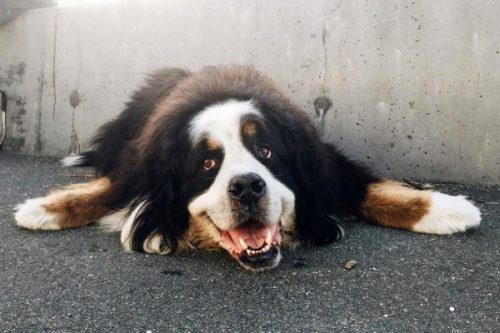 The 10-year-old bernese mountain dog had been a fixture outside Wellington’s Freyberg Pool on Oriental Parade and was the namesake and logo of Bernie’s on the Bay cafe.

Cafe owner Nick Ryan said Bernie was put down on Tuesday night but had had a good innings as the breed usually only lives between six and eight years. His illness had never been fully diagnosed.

Such a lovely dog Bernie was, and he was indeed an institution. I run around the waterfront a lot and would always be happy if Bernie was there outside the pool.