Keith Ng’s ‘mythbusting’ around net taxpaying annoyed me enough that I started digging around for more of the literature on this stuff.

Keith argued that it’s a myth that 40% of households pay no net taxes. While he’s right that the commonly cited measure just focuses on income taxes paid versus cash transfers received, it isn’t like correcting for that shows the system is less progressive or relies less heavily on the top deciles’ tax contribution. When Aziz et al had a look, they found this: 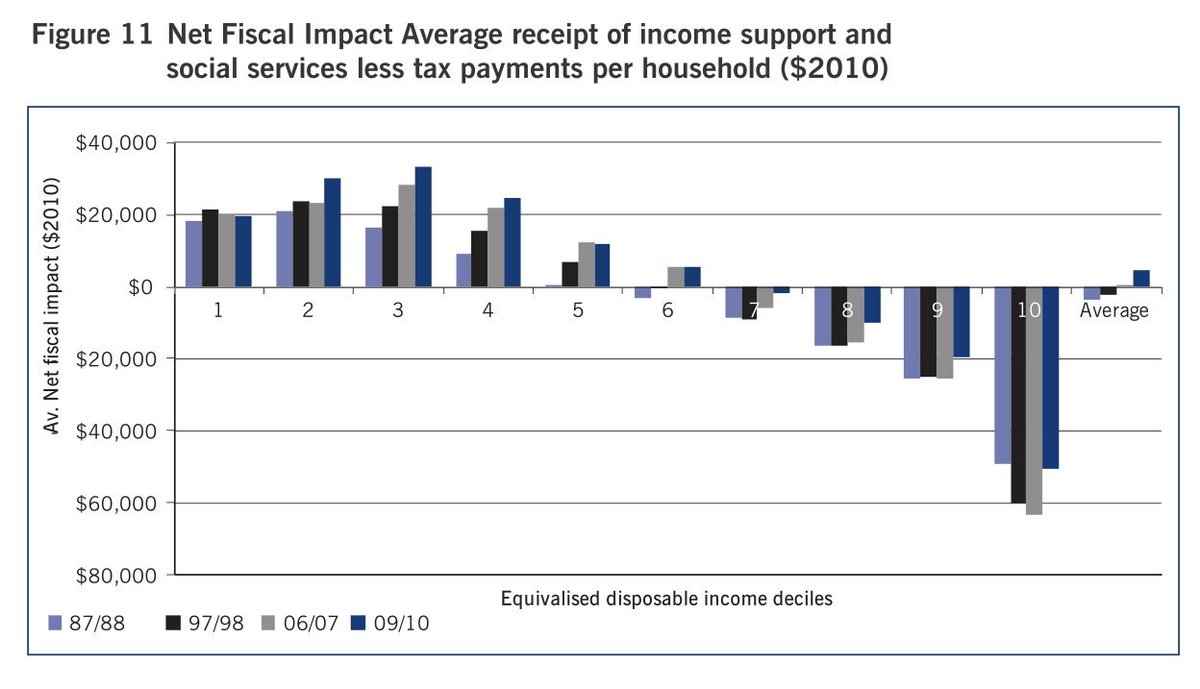 So in fact the bottom50% of households received far more from the Government than the taxes they pay.

Those nasty rich pricks in the top decile are funding a huge proportion of the Government. 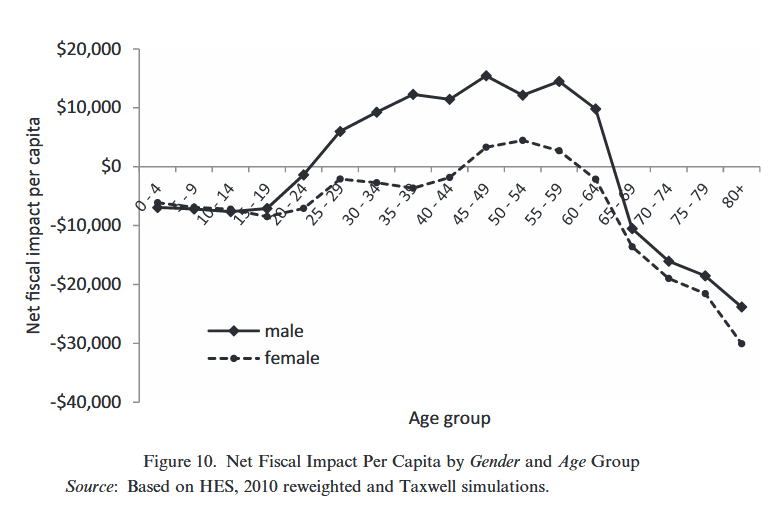 This breaks down net contribution by gender and age. Basically men pay net tax between around age 25 and 65 while women only between age 45 and 65. This reflects many things such as higher earnings, parental leave etc.