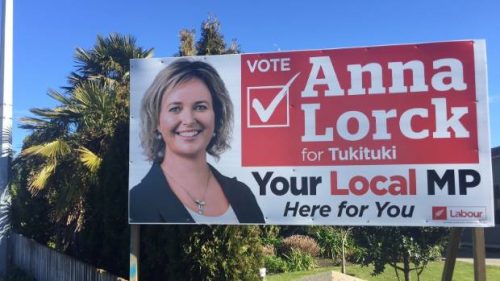 The Advertising Standards Authority is considering whether to investigate two complaints made over the billboards of Labour’s candidate for the Tukituki electorate, Anna Lorck.

The complaints have been laid because her billboard says “Your Local MP”, when she is not an MP.

An ASA spokeswoman said the complaints were received on Saturday and Monday.

This is a no brainer. It is clearly deceptive and misleading.