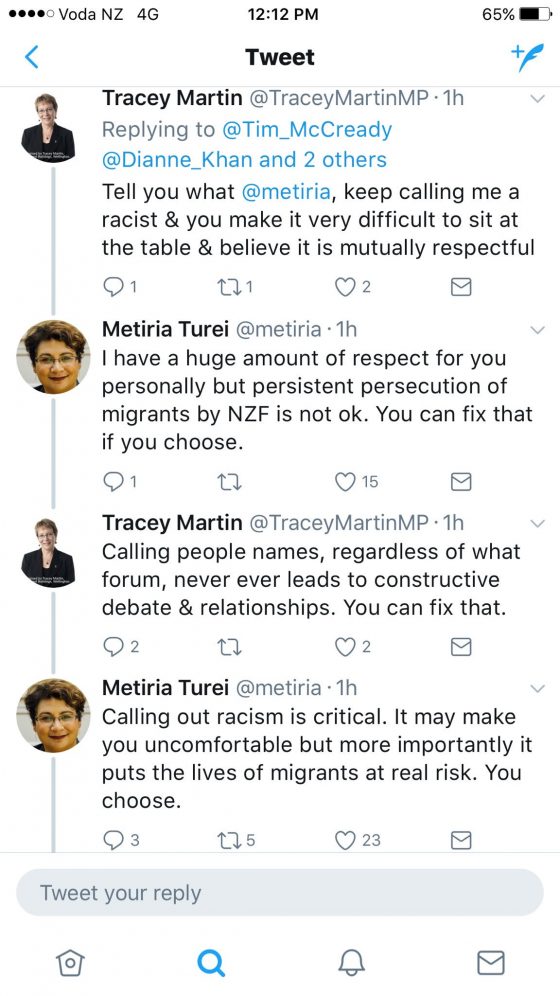 Can’t you just imagine them all sitting together in Cabinet!

NZ First leader Winston Peters says he is “calling out” the Greens and warning of “consequences”, after its co-leader Metiria Turei referred to his immigration stance as “racist”.

And she implied that would not be blank cheque of support for a Labour-NZ First Government.

“But any government that we support or are part of has to be genuinely progressive. We are not going to accept an inferior deal.”

However, she did rule out working with the National Party to form a government.

Which means they have no leverage at all. Morons. If they are unwilling to deal with National, then they have absolutely no choice but to allow a Labour – NZ First Government to govern – well unless they want to force another election on New Zealand which would see them wiped out.

But it was her comments about Peters’ immigration policy that saw him bite back.

Turei said he was “on a roll at the moment, which is I think a very racist approach to immigration, for example. The worst of his rhetoric is coming out.”

In reply, Peters said he had a warning for the Greens: “Don’t call NZ First racist – an allegation that is spurious – and think there won’t be consequences.”

I find it interesting that the Greens can say “Oh yeah they are a racist party but we’ll work with them anyway”.