The Taxpayers’ Union has relaunched its popular election costing “Bribe-O-Meter” which independently costs policies of all the major political parties as they are announced.  This week TOP has been added, but no surprise that NZ First still ‘lead the race’.

Budget 2017 was used as the baseline, so where a party promises to cut spending, it goes into negative (such as ACT), and where a party says they’ll cut one policy to fund another, the Bribe-O-Meter shows the net amount.

Breakdowns of the costs are available by clicking the area on the graph, with separate pages listing the costs of each party’s manifesto over on the Taxpayers’ Union Bribe-O-Meter site. 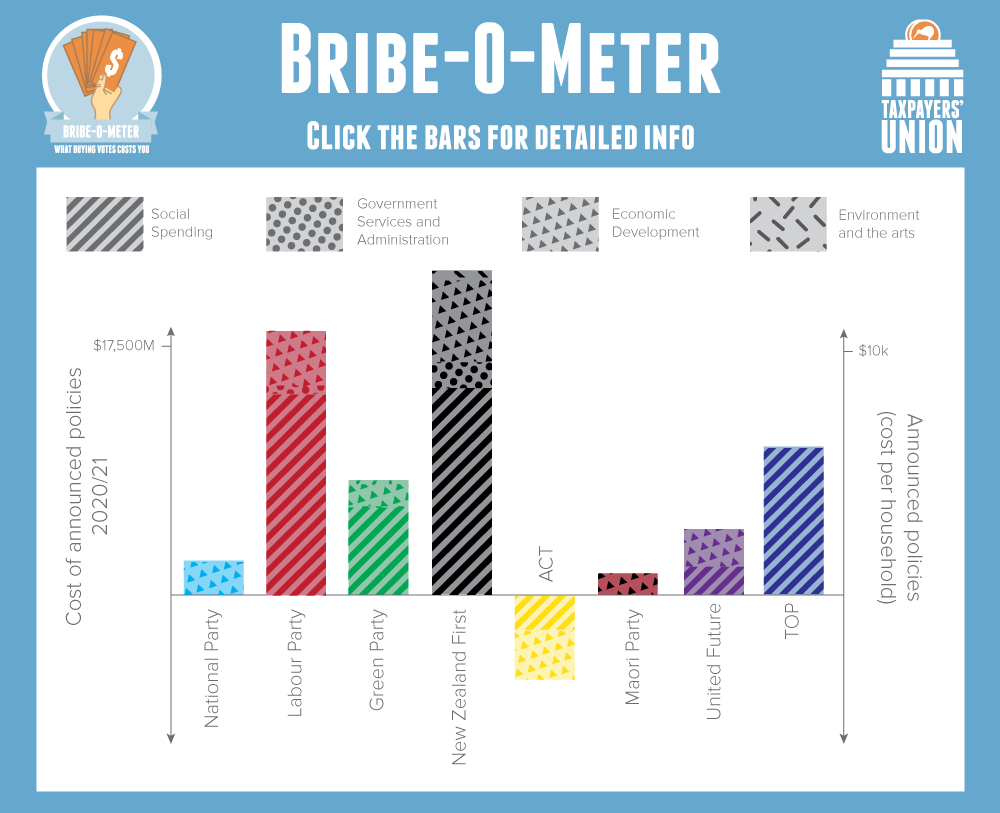