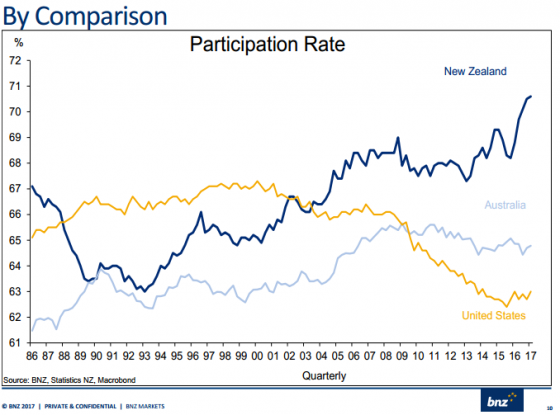 I was at a presentation by Stephen Topliss from BNZ and this graph caught my eye so with permission I am blogging it here.

The difference between NZ and the US (and to a degree Australia) is stark. In 1990 NZ and Australia both had a 63% participation rate and US was 67%.

This is part of why we have a strong economy. We don’t have huge numbers sitting on welfare and/or out of the job market. We have lots of people in work or looking for work.