Taxpayer-funded health activists ignored advice from the Ministry of Health, Auckland Council, and Auckland Transport, to bully a company into dropping a promotion to raise money for Youthline, reveals the New Zealand Taxpayers’ Union.

Taxpayers’ Union Executive Director Jordan Williams says, “Healthy Auckland Together (HAT), a coalition of public agencies and taxpayer-funded health groups, used taxpayer money to try and shut down a Youthline fundraiser because they objected to a Coca-cola billboard.”

“HAT complained to the Advertising Standards Authority about a Coca-cola bus stop billboard because it was 550m away from a school. This particular billboard encouraged people to text a number to donate to Youthline.”

These are the same zealots who would rather families of kids with cancer have nowhere to stay, rather than allow companies they disapprove of to advertise. 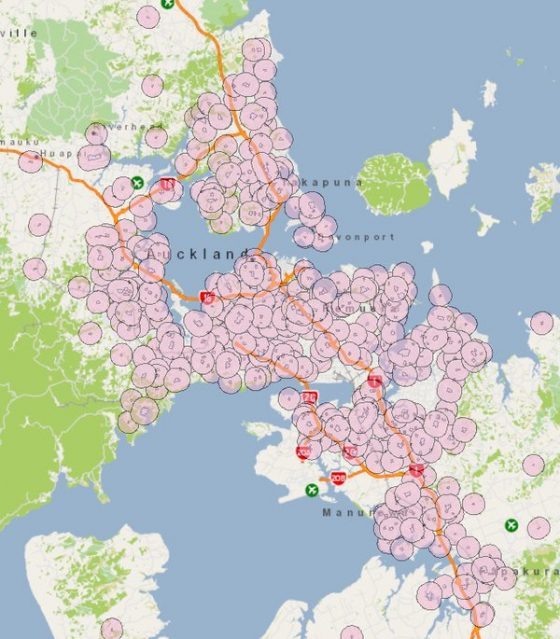 This map by Stephen Davis shows how basically all of Auckland is within 800 metres of a school. So the zealots are basically saying they don’t want any advertising at all.

“You would think that a public health group would be concerned about youth mental health, but in this case, HAT is blocking vital Youthline revenue for the sake of nannyism and anti-capitalism.”

“This organisation is turning into a group of zealots. They ignored advice from their own partner organisations Auckland Council, the Ministry of Health, and Auckland Transport.”

Correspondence obtained under the OIA reveals all three had explicitly asked to be left off the ASA complaint, with the latter two citing a lack of evidence for making a complaint. The correspondence can be viewed here: https://www.taxpayers.org.nz/advice_to_hat

They are so obsessed with companies they hate, that trumps the public good.