Arthur Briggs is a second striker.  He is currently serving a sentence of 3 years and 10 months imprisonment for violently attacking a prison officer, wounding him with intent to cause grievous bodily harm. That was Briggs’ second strike offence, which he committed while serving his first strike sentence. 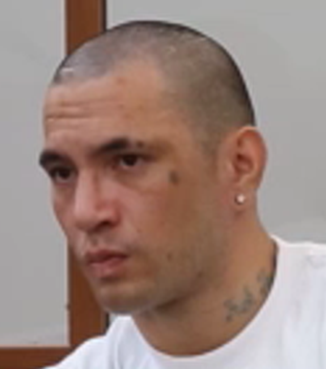 His first strike offence was also for attacking a prison officer, leaving him brain damaged and unable to work again.  The officer had two skull fractures, a fractured eye socket and damage to his right eye and brain. Briggs received a sentence of 10 years, 6 months imprisonment for that violent offending.  He committed his first strike offence while serving a sentence in prison.

Even in court he was violent, smashing into walls and shouting obscenities.

So both strike offences have happened while in jail. Sadly prison officers are at risk from him, but at least the rest of society is protected.

Briggs has nearly 50 criminal convictions, including convictions for robbery and aggravated robbery.  He is a repeat violent offender and has destroyed the life of at least one prison officer doing his job, and violently assaulted many others.  Aged in his mid-30s, he has many years of violence and mayhem ahead of him is he is allowed out in the community early.  Three strikes prevents him being released early by the Parole Board.

Prime Minister Jacinda Ardern and Justice Minister Andrew Little want the Parole Board to be able to let him out of prison early, something that doubtlessly will allow him to continue his lengthy criminal career of seriously harming others.

Under Three Strikes, he has to serve his entire 3 years 10 months term of imprisonment, without being released early on parole.  Three Strikes keeps him in prison for an additional two and a half years. Otherwise he would be eligible for parole after just one year and three months.

Arguably the Judiciary should have imposed Preventive Detention on Briggs years ago, but have refused to do so, naively convincing themselves that he can be rehabilitated.

Briggs sadly is almost certain to graduate from a Second Striker to a Third Striker – the only question is will be commit his Third Strike in the community, or in prison?

At least in prison there are guards around who can intervene quickly. In the community the victim may end up dead before anyone can intervene.