Joshua John Morrison is a second striker.  Based in the Bay of Plenty, he is a repeat bank robber, recidivist burglar and sexual offender.  He has at least 6 convictions for burglary for which he has served numerous sentences of imprisonment.  With police clearance rates for burglary at between 10-15% of reported burglaries, Morrison may have in fact burgled dozens of houses in his busy criminal career.  Currently aged around 26, he is a high risk offender and has many years of serious burgling ahead of him. 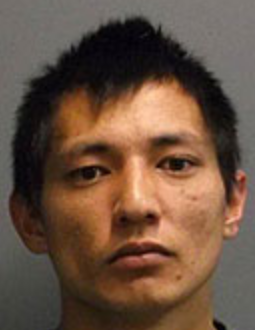 His second strike offences were the aggravated robbery of a Tauranga bank just 5 days after the aggravated robbery of a local dairy in which he used a double-barrelled shotgun.  He in fact loaded the shotgun in front of the dairy worker, ensuring the threat was very real.  For these crimes, he was sentenced to 7 years imprisonment. He committed these second strike aggravated robberies while on bail for his first strike offence.  Aggravated robberies of dairies can have devastating consequences for the victims.  The psychological impact is often huge, especially being threatened with a weapon, and financially can be crippling on people often barely able to eke out a living from running their dairy, working long hours, 7 days a week.

His first strike offence was for unlawful sexual connection with a young person, an extended member of his own family, an offence carrying a maximum sentence of up to 10 years, but for which he received just 6 months imprisonment.

He appears to have a strong sense of entitlement to do as he pleases, whether it is breaking into people’s homes, relations with underage girls, assaulting people or helping himself to other people’s money at suburban banks at the end of a shotgun.

Prime Minister Jacinda Ardern and Justice Minister Andrew Little want the Parole Board to be able to let him out early to continue burgling and committing aggravated robberies.

Under Three Strikes, Morrison will remain in prison, ineligible for parole, until at least July 2020. Without it, he might already be out.