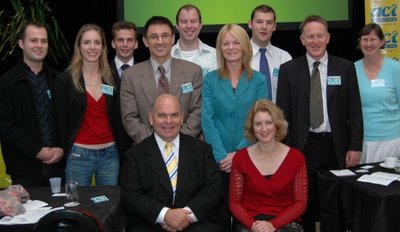 New Vice-President of ACT Trevor Loudon has a nice photo of the new ACT Board up. Must be the youngest looking board of a political party ever.