Over the last eight years, almost 550,000 NZ residents have left either permanently or long-term. That is over 13% of the population.Of course there has been migration into NZ also, but replacing NZers who leave is not the same as keeping NZers here, or having them return.

Most focus is on the exodus to Australia.  This graph shows the flows for the last decade. 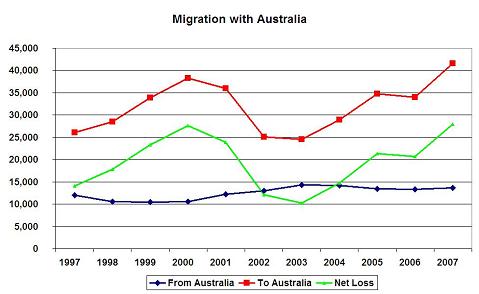 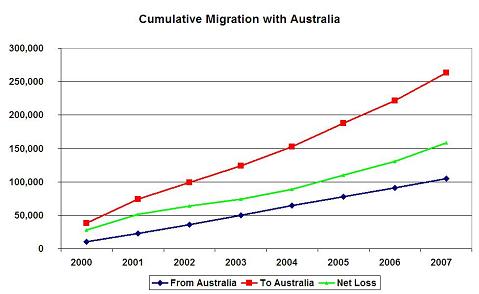 This graph shows the cumulative flows to and from Australia since Labour took office.

The equivalent of the total combined populations of Hamilton and Dunedin have moved to Australia.

All data from the External Migration series from Stats NZ.