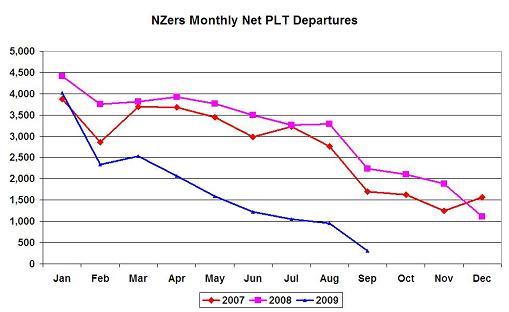 As you can see January is the month when we lose the most Kiwis, with the trend being to decline during the year. But in 2009, the net departures have fallen away much steeper than normal, and it is possible we may achieve a net gain (for NZ nationals) in one of the last three months of 2009.

The last time this happened was in December 2003.