Bill Ralston writes in the HoS:

National’s John Key thrust home another dagger, dismissing any suggestion he would deal with Peters after the election, saying the New Zealand First leader does not come up to National’s standards.

For someone Labour likes to paint as a political novice still wet behind the ears and who needs to “harden up”, Key is playing a pretty astute pre-election game. …

By deliberately excluding negotiations with New Zealand First, he has painted Peters into a corner.

At the same time, he signals potential Labour voters who may have tired of Peters’ antics that a vote for Labour will see the return of the beleaguered Minister Without Portfolio.

That trick alone should be worth a couple of percentage points to National at the ballot box. 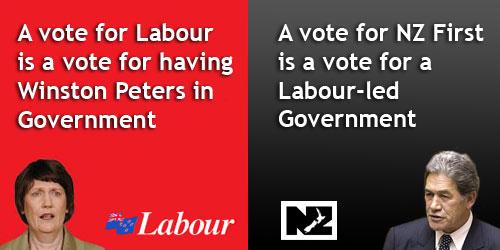