Hired a rental car for the last two days and we did a drive around the island. 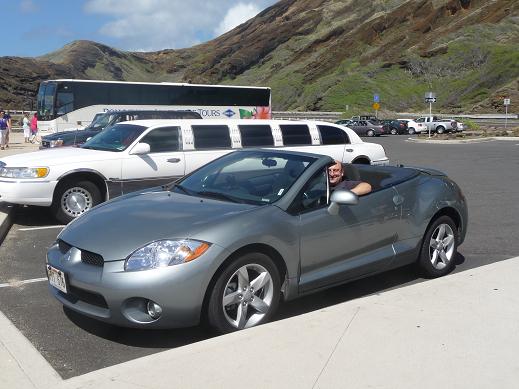 I’m starting to love these convertibles so much I’m thinking of buying one. Just a shame not as many chances in Wellington to have the roof down. 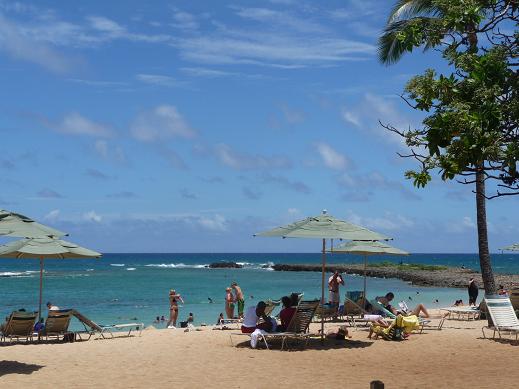 The beach at Turtle Cove Resort on the North of O’ahu. I highly recommend this place. Just as good as Waikiki, but without the massive crowds. 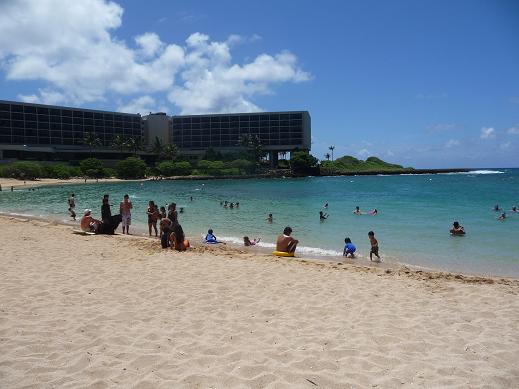 The beach at Turtle Cove is not just great for sun and sand, but it also has coral and fish for snorkeling. Not as good as going out to sea, but not bad for by the shore. 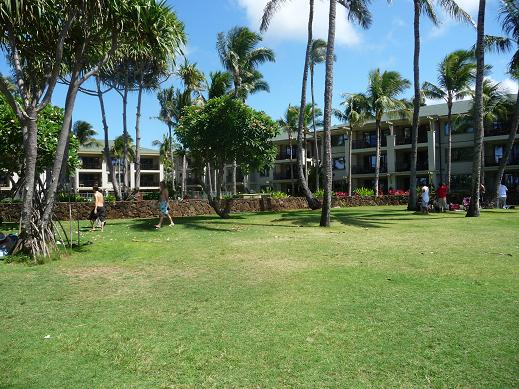 And the resort grounds next to the beach at Turtle Cove. Next time I am in Hawaii, I think I’d spend two or three nights up here in the North rather than at Waikiki. 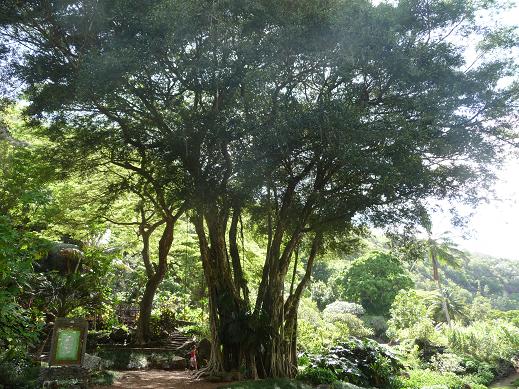 We then went to Waimea Valley, which has hectares of bush, flowers and birds.  This tree was huge as you can see from the person next to it. 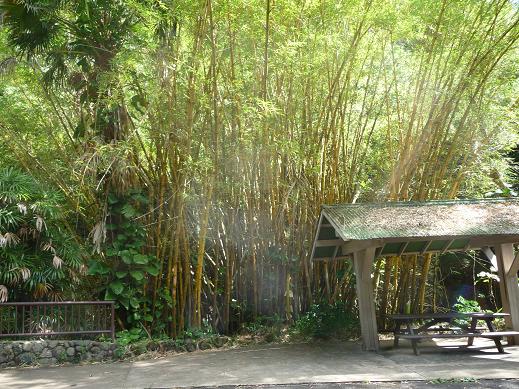 You could make a fair bit of furniture from this bamboo! 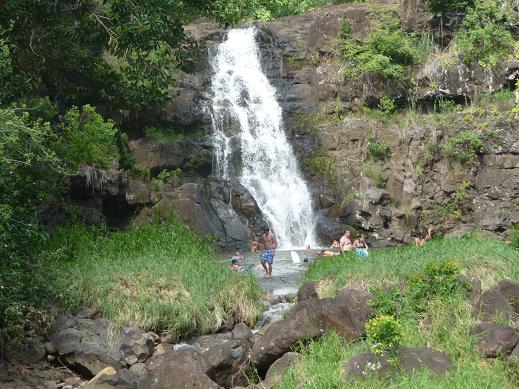 At the end of the mile track was this wonderful natural pool with a waterfall going into it. Paradise! 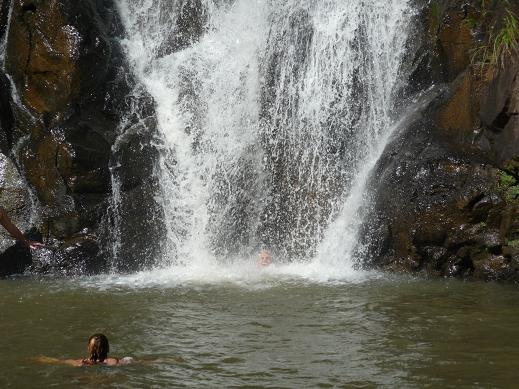 Yes that is me under the falls. Bloody wonderful. 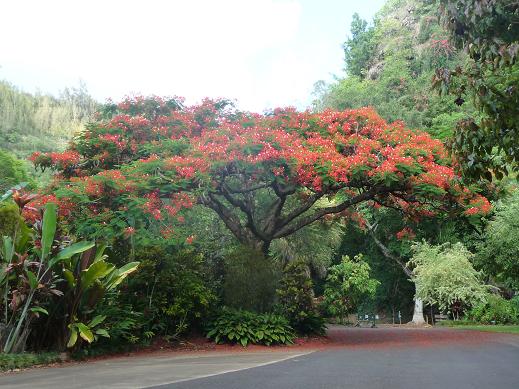 The Waimea Valley is a must see. We only had time to do the main path – there are dozens of side paths. 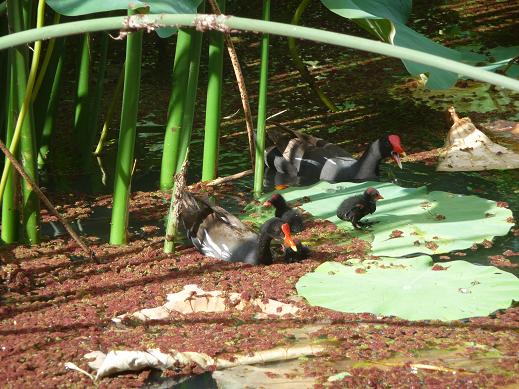 Now this is mega cute. The baby duckling walking on the lilypad. The ducklings were absolutely tiny. 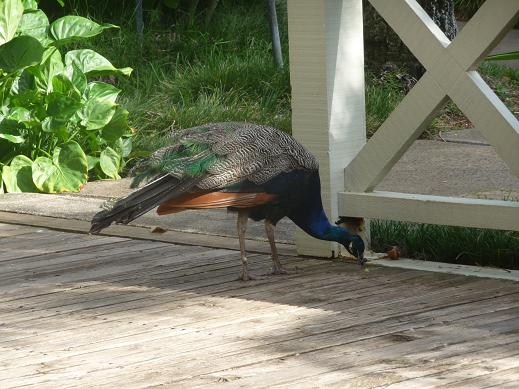 And a peacock, in tribute to the Peacock Princess.

Ran out of time to see the Dole Pineapple Plantation, so something else for the next trip there. Did dinner back in Honolulu at a Mexican restaurant. The Margaritas were only surpassed by the food.