The holiday has got off to a great start. First of all we got upgrades to business class for the flight to Honolulu. But even better news awaited us at the hotel. 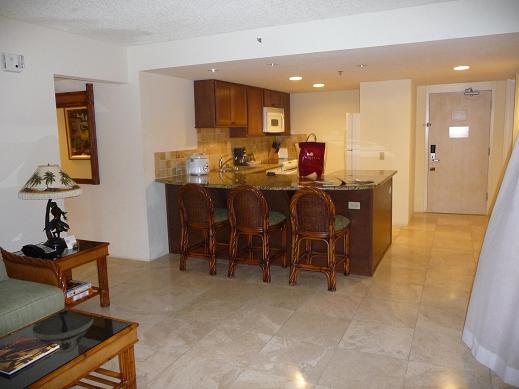 We went up to our room, and discovered that rather than being in a broom closet as feared, we actually had the penthouse suite. The suite was massive. Two huge bedrooms, cupboards you could almost sleep a spare person in, two bathrooms, a huge kitchen and lounge area and three balconies! One of the balconies was so large you could host a party of 40 people on it. That is what I call a free upgrade. The only regret is only staying one night there before the cruise. 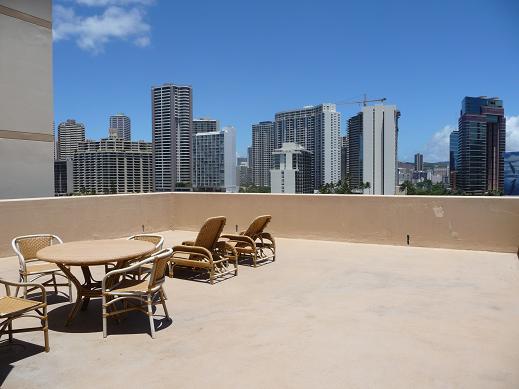 Oh yes a funny encounter in Auckland. Was in the duty free shop purchasing a couple of bottles of vodka and the gentleman next to the counter suddenly exclaims “You can’t be going overseas, I’ll have nothing to read”. He went on to explain that Kiwiblog is his home page and the five sites he reads every day (in order) are Kiwiblog, Whale Oil, No Minister, Cactus Kate and the NZ Herald. I approved of the order of course  He told me his son got him into reading blogs but he probably now follows them more than his son.

While flying to Honolulu I was working on my laptop and to my great surprise my Vodafone Datacard suddenly came up with a 3G connection. I clicked for details and it was “Fiji 3G”. I couldn’t tell for sure as we were well above the clouds, but guess we must have been passing over Fiji.

I have never had a mobile connection before, while on an international flight. I resisted the urge to actually connect.

Watched X-Men: Origin of Wolverine on the flight. Damn good movie. Cleared customs in around three minutes and headed to the hotel where we got the good news re the room. 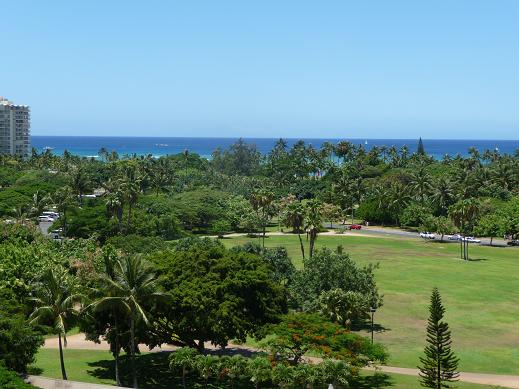 The view from the room. Was very amusing as we went up to our room as there was a US Air Force officer in the left. Upon asking what he was doing in Hawaii, he replied that he is a Hurricane Hunter. Now this is not quite what you want to hear the day before a cruise, but I joked we might see him out at see.

Saturday morning (Sunday in NZ) went to Planet Hollywood for breakfast, did some shopping resulting in me now owning another Hawaiian shirt, and then hit the hotel pool for a bit. 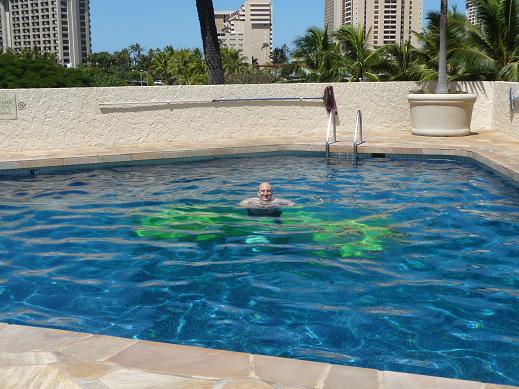 After midday met up with Rob Good from LA and his colleague Debbie who were here on business. They took us to the Mai-tai Bar where we had Matais and Molitos of course. Appreciated their fine hospitality and local knowledge. 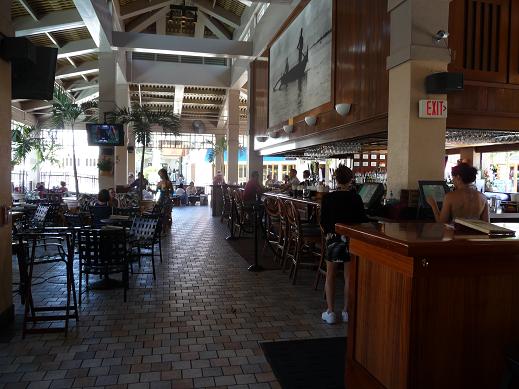 Boarded the ship around 4 pm. The cabin is bigger than I expected and I love the balcony. It is warm day and night outside.

The ship left Oahu at 8 pm and we will hit Maui tomorrow morning where we are going snorkeling for a few hours. Can’t wait.

Hope the weather is crappy as hell back in New Zealand 