We started the day with a drive up the Waimea Canyon. Sadly it was foggy and then started pouring with rain so we couldn’t see anything. A pity as the views are meant to be second to the Grand Canyon. Will keep that one for a return trip.

It is around the Waimea area that many films have shot, including Jurassic Park, Raiders of the Lost Ark and the Thorn Birds. 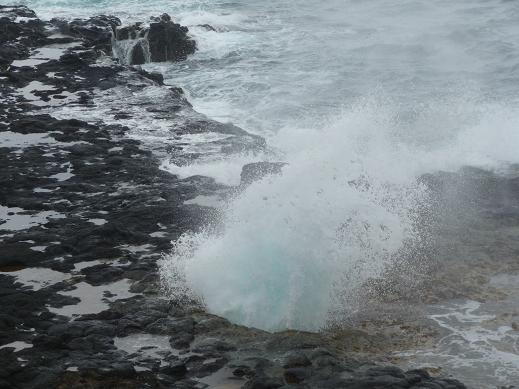 This is the Spouting Horn. Water shoots up through a submerged lava tube, accompanied by a very loud roar. It can reach up to 50 feet. 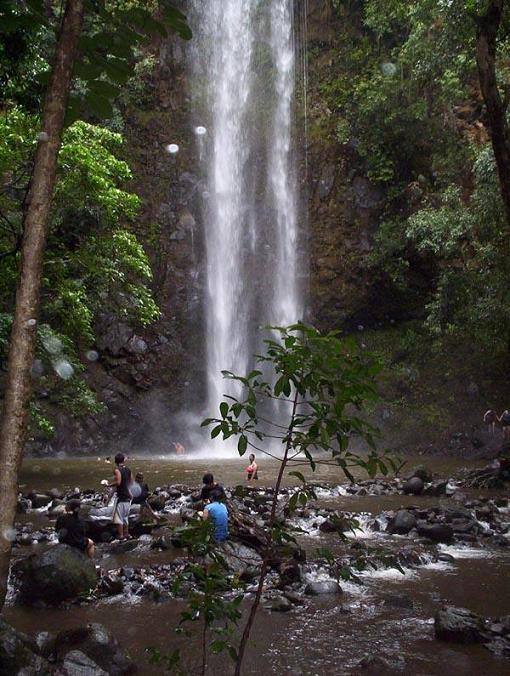 This is the photo in the guidebook of Wailua Falls. Looks lovely doesn’t it. Some people may think they have seen it before – the Falls appeared in the opening credits of the TV series Fantasy Island. We were very excited to drive to it, so we could swim under the beautiful waterfall. 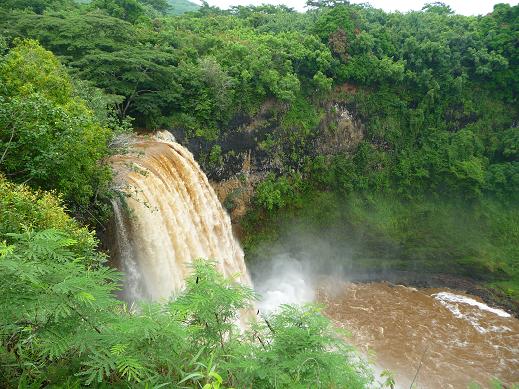 However this is what the falls were like on Thursday, after some heavy rain. You really wouldn’t want to try having a shower at the bottom of them, would you? Well not unless you wanted to be on ACC for life.

So sadly no swimming under the waterfall. 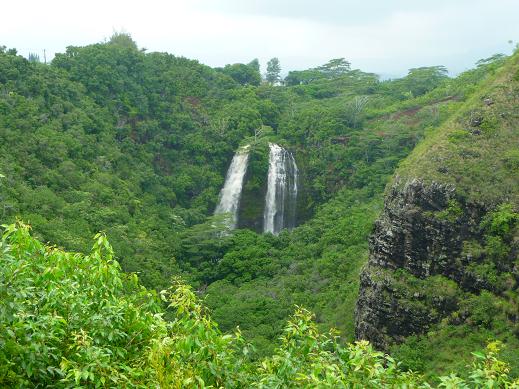 These are the Opaeka’a Falls from above. You can kayak up to them if you have a spare few hours. If I ever return I’ll be keen to do that. 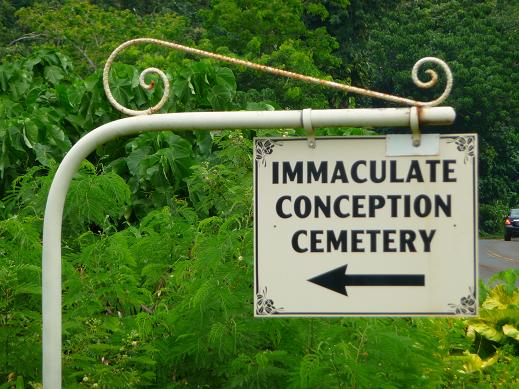 I was amused to see this sign. Presumably only one person is buried there! 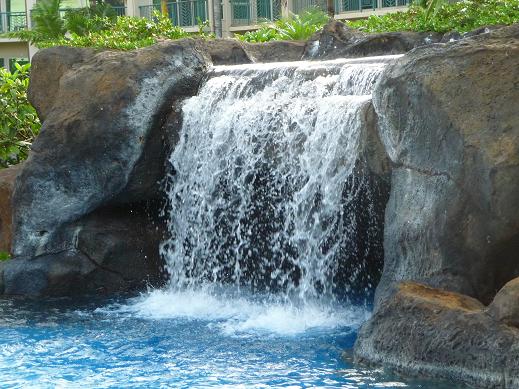 After having failed to find any natural waterfalls to swim under, I happily settled for this one at the Outrigger hotel. Nothing like a back massage by waterfall!

We actually popped into the Outrigger for lunch only, but so loved their bar, their location (next to the beach) and their huge swimming pool we really didn’t want to leave. So I asked the hotel reception what the price would be to hire a room for the night (the ship was on Kaua’i for two days) just so we could chill out (and keep drinking the very nice cocktails) and then rejoin the ship the next morning.

However the hotel said their policy is to rent rooms for a minimum of two nights only. Now I can understand having that as a policy for bookings in advance, but it is damn stupid to turn down money when you have someone on your doorstep wanting a room overnight that is sitting empty.

As I offered money to stay and was turned down, I felt morally okay to spend the rest of the afternoon utilizing their swimming pool.

Eventually headed back to the ship around 6 pm.