Well New Years came, and luckily the weather forecast was incorrect – it was a lovely warm day, so he decision to start around 4 pm with a bbq was a goodie.

Now first we had to make up the three punches:

This is a variation of the cocktail Falling Water, now named Dripping Tap!

A cocktail shaker with 1/2 a cut lime and a few mint leaves per glass, 1/2 fill the vessel with ice, add a long slice of cucumber, top up with Chi. 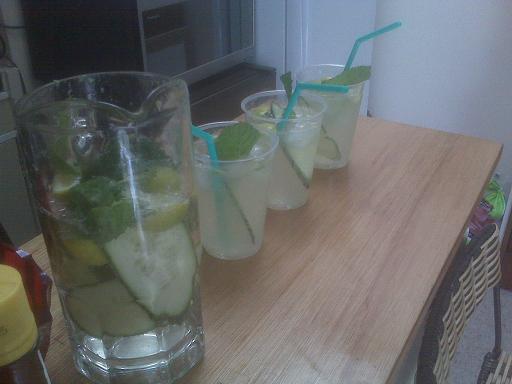 These did indeed prove a hit with the drivers, and a fair few non drivers also. Very cool and refreshing.

This is a variation of the popular Rose Bud cocktail. 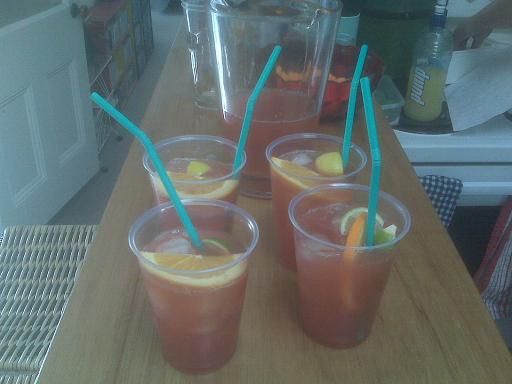 I love cranberry juice so found this punch very drinkable. Was brilliant for a hot sunny day.

Pour into the bowl3 parts Jack Daniels, 2 parts freshly squeezed orange juice and 2 parts lemon juice, mix and top up with ice and lemonade, and and add lime wedges to garnish. 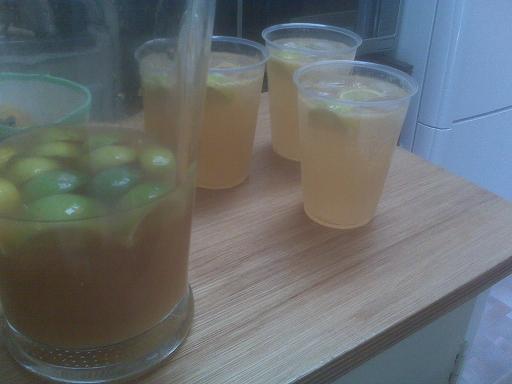 Now this one was definitely only for those not driving, and for lemon fans – with lemonade, lemon and lime all together.

Now no party is complete with drink alone, and when the co-organiser is a chef, there are few complaints about the food. 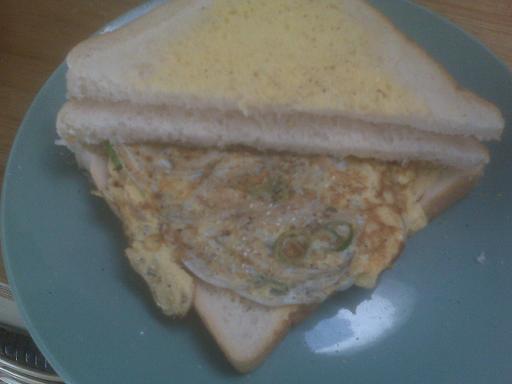 The early arrivals got whitebait sandwiches. Yum, yum, yum. A certain Mr Browne demolished around a third of them – I swear he has a West Coast soul in a Levin body 🙂 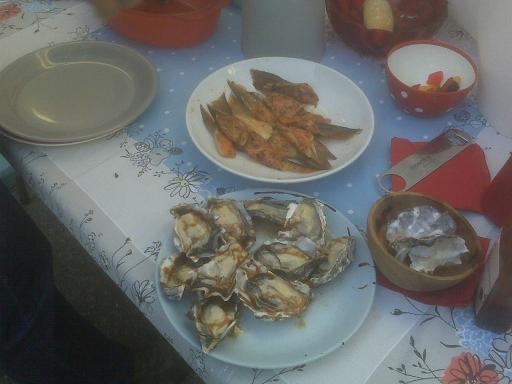 The whitebait may have gone early, but few people complained about having to cope with oysters and salmon only 🙂

The irony is that Chef Aimee doesn’t like seafood herself – but she loves cooking it. No wonder Chris married her. 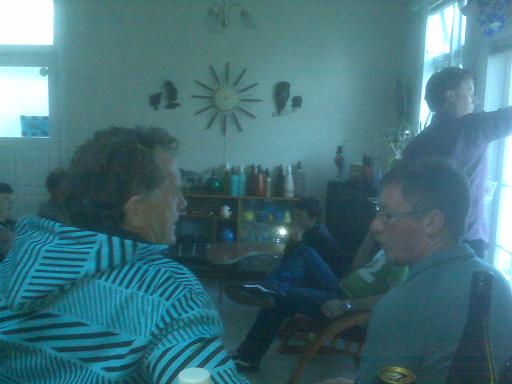 As it got darker, we moved inside. 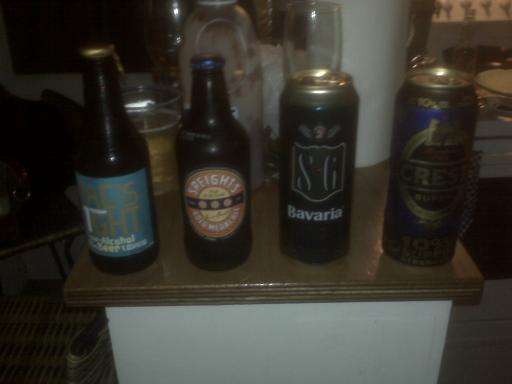 And to complement the punches, we had the full range of beer available. Mac’s Light 1% which actually was damn pleasant. Rarely go wrong with Macs. Speights provided the main 4% beer, and we had a few select bottles of Bavaria 8.6% and Crest 10% beer. I’ve had a couple of elephant beers in the past, but had ot had a Crest before. You certainly don’t want to spend your night on them, but they were good to try.

All in all it was a fun night. As the night before was New Years Eve we started early figuring people wouldn’t want to have too long a night, but it still went on for around seven hours, and was a damn nice way to start off the new decade.

Even though the party was part of a competition, I’m keen to do a repeat at some stage as I liked the idea of different punches for different people – gave people something to talk about, but also made sure everyone could work out their own safe drinking level.

Incidentally I’m now off to a beach for a few days (from tomorrow), so depending on wireless connectivity, might be light blogging for a while. But there may be the odd guest blogger also.