Readers may want to guess the area these photos are from. 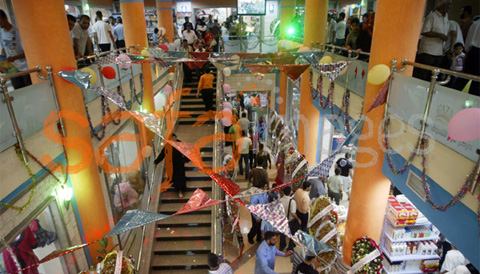 A new shopping mall, that opened ten days ago.

Some nice markets and cafes.

And a wonderful beach.

Plus there is a  new swimming pool.

The answer is over the break.

These are all photos from the “prison camp” of Gaza.

Tom’s site especially is a great read. He also has photos of the brand new Olympic size swimming pool. He says that there are parts of Gaza that are in poverty, but that these are the only parts the media ever show. The media almost never show the diversity of life in Gaza – they just run propaganda photos.