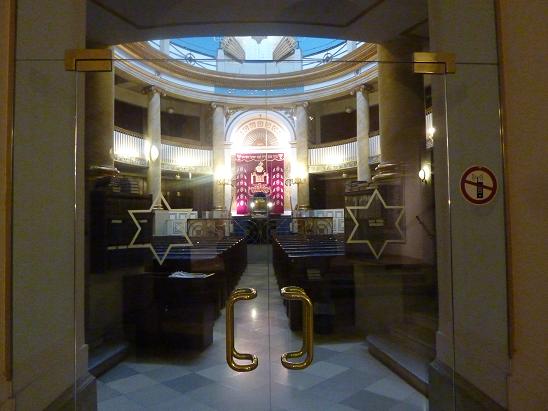 This is the interior of the Stadttempel, which was the only Jewish temple in Vienna to not be burnt down in November 1938 during the Kristallnacht, or Night of Broken Glass. The other 93 temples or synagogues in Vienna were destroyed but this one survived as it is an inner city one, within an apartment block. Burning it down would have risked the entire block.

As it eventuated, I am very glad I visited the temple. I have been putting together a family tree over the last couple of years, but not made much progress. The temple had records relating to sections of my family back to 1670!! Never did I dream I would be able to trace ancestors back an entire 12 generations. Thank Jehovah for the dedicated record keeping of the temple. 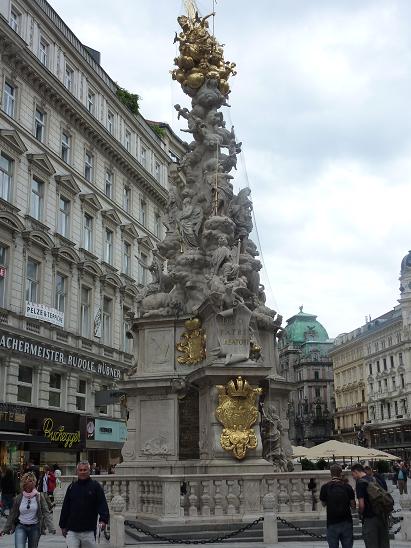 This is the Pestsäule or plague column, which is a memorial to those who died on the plague in 1679. Around 76,000 died from the bubonic plague – roughly a third of the Vienna population. The column went up in 1693. 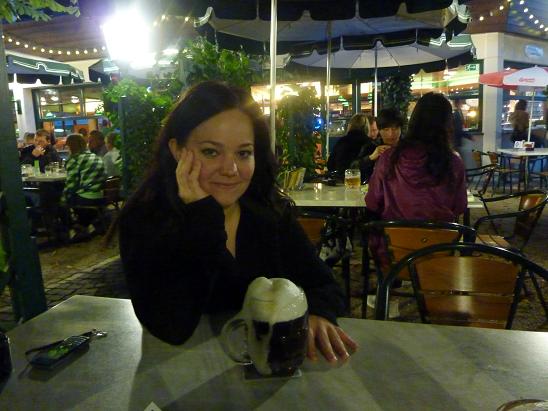 Caught up on Friday night with Austria Girl. We had drinks at Flanagan’s in District One and then she took me to the Prater! 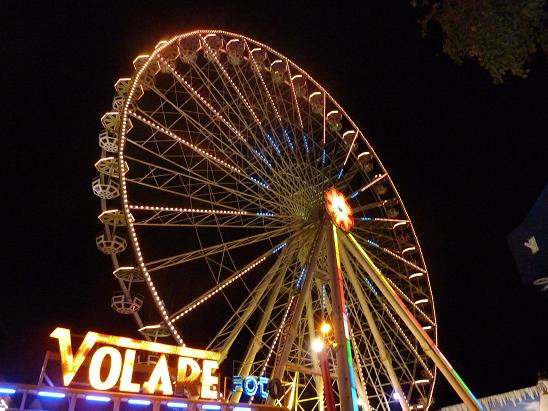 What is the Prater? This is. Austria’s only permanent amusement park. 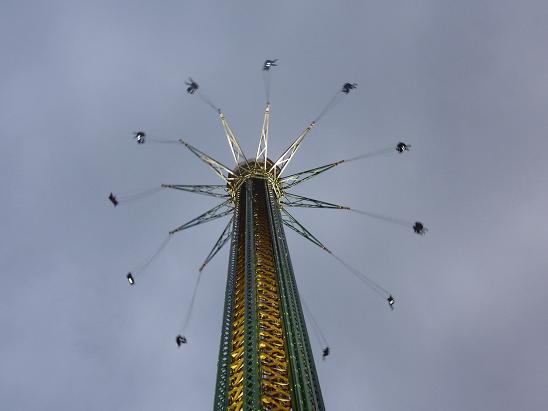 This beast is almost 200 metres tall. A sign said it is the tallest ride in the world, that uses chains. Neither of us was that keen to do it, but we basically dared each other – I will if you will. I swear my competitive nature will kill me one day.

The two of you get placed in a seat, hanging from half a dozen chains. Think like a swing. Then the machine lifts you up around 20 metres. And then it starts rotating. And what happens to you – you start rotating even faster – the chains have you hurtling around the tower at almost right angles – all while you get higher and higher.

Finally you are around 200 metres up, and spinning around at high velocity, with your brain trying to calculate how many kilometres away you will land, if the chains snap. 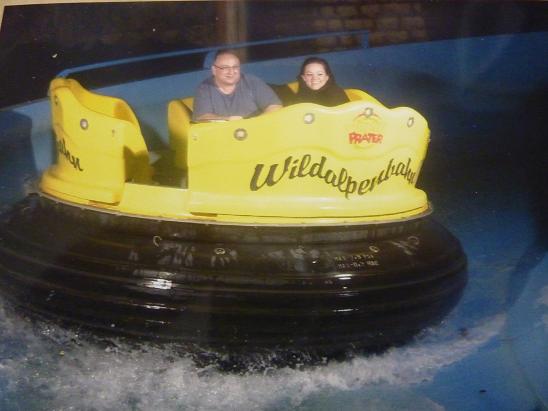 This ride was much more fun. Think of a giant water slide – but one you go down in a rubber ring, with no steering or braking. A crane lifts the ring to the top, and then you shoot down the slide. At times it is going bloody fast, and to add to the fun, is spinning around in circles so half the time you are backwards.

Was a very fun night.

That is pretty much it for Vienna, as on Saturday we popped into Slovakia, and Sunday saw the drive west to Salzburg. Can’t wait until I can next visit again.