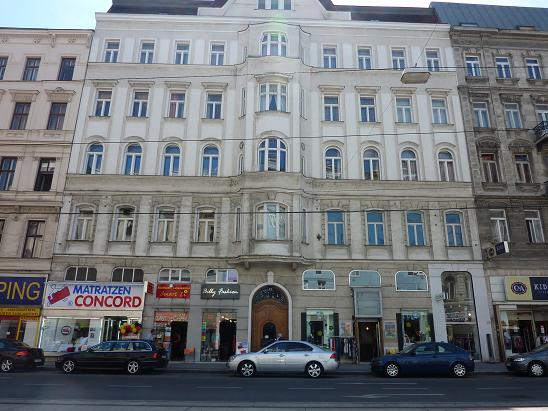 The ground floor back then was also apartments – not shops.

Alser Straße is in DIstrict 8 of Vienna – not too far from the city centre. 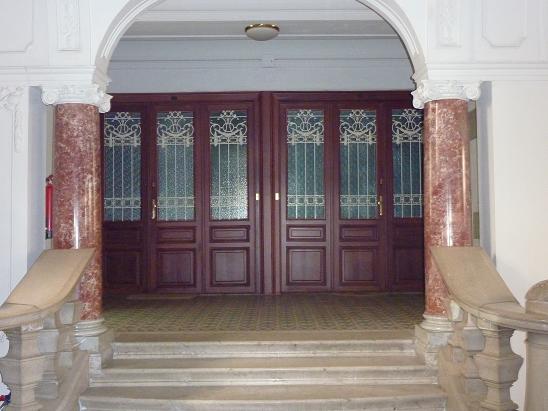 And this is inside the apartment block. Very few families in Vienna live in what we think of as houses with a section – almost everyone was and is in an apartment. However there was often a garden area out the back of an apartment block, shared by those backing onto it. Sadly we couldn’t get through to the garden. 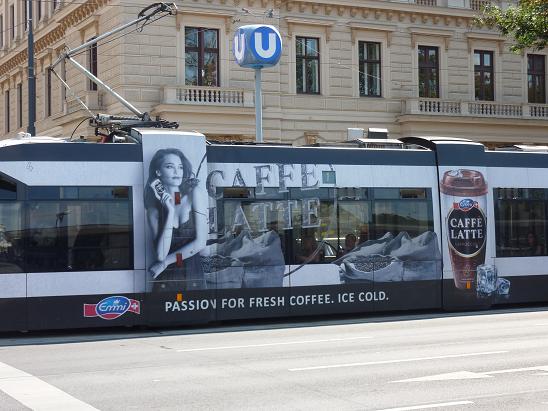 Vienna has the best public transport system of any city I have encountered. Trams like this go past every couple of minutes. 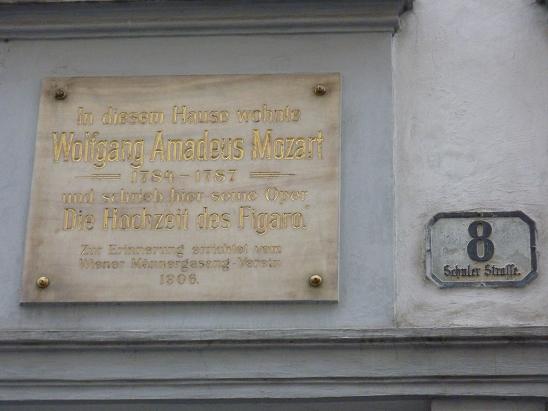 A nearby apartment proudly proclaiming that Mozart lived there. Now this is true, but what you soon learn is that Mozart was a bit of a bum and floated all over the place – around 80 buildings claim to have had him live there.

Vienna is such a wonderful city of culture, that one can only feel sadness that so many residents were displaced or killed during the Nazi era.