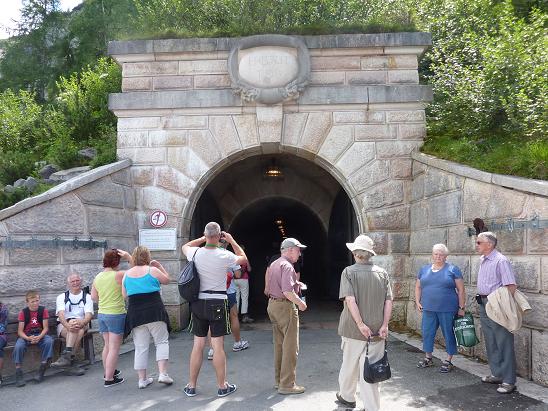 The Eagle’s Nest, or Kehlsteinhaus, is a chalet on a mountain peak near Berchtesgaden in Bavaria. Only 30 kms or so from Salzburg. You don’t even realise you have crossed into another country unless you see the discrete sign.

It is famous for having been gifted to Hitler as a 50th birthday present. After the war there was a big debate about whether it should be destroyed, as happened to most buildings associated with the regime. They decided in the end not to destroy it, partly because in fact Hitler almost never went there.

It is important to stress that the facility is in no way a monument to the Nazis. On the contrary, all the books about the site talk about the 12 years of Nazi rule as a blight on Germany’s reputation etc.

The building and road were constructed in 1938. The 4 metre wide road was blasted out of nothing and is basically one lane, so you can only go up in special buses. They take you to the tunnel you can see above. You then go 100 metres or so into the tunnel, and a lift takes you up 124 metres into the chalet, which is now a restaurant. 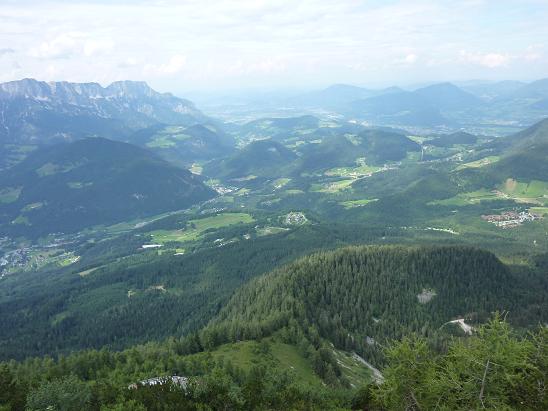 There are spectacular views from the location. With the lack of public access, it would have been very secluded. One a fine day you can see up to 200 kms away. 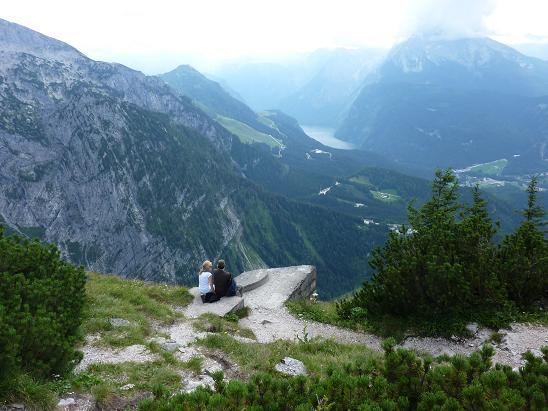 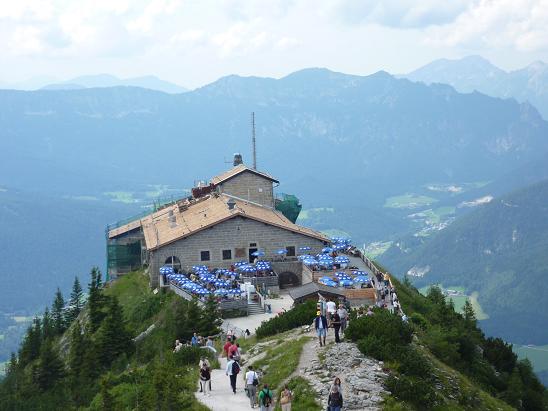 The chalet, as seen from the lookout just above it. 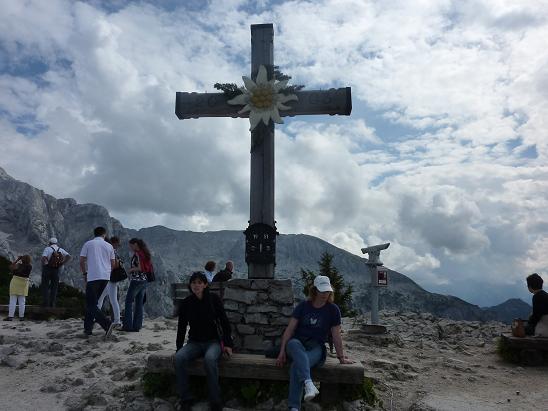 Up on the lookout peak. 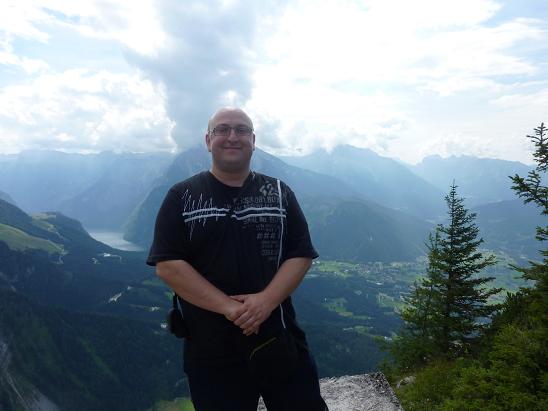 I’m only a couple of metres away from sheer cliff. 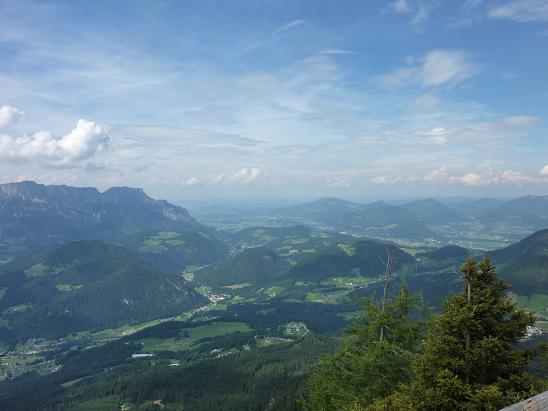 Another view from the chalet. 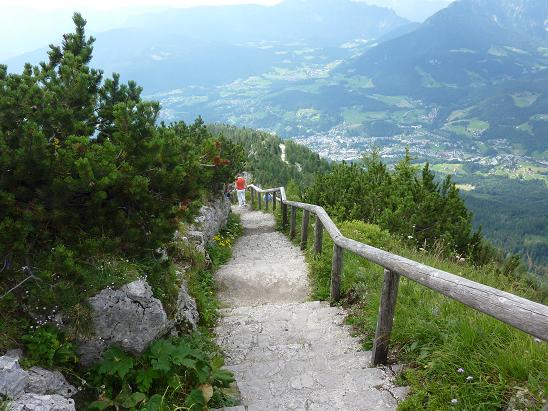 I discovered that rather than that the lift back down, you could walk back to the carpark. Was a lovely walk, except for the fact I brushed my arm against some stinging nettle.