On Tuesday did a tour of the Österreichisches Parlament, or Parliament of Austria.

The buildings, formerly called the Reichsratsgebäude, are stunning, and lean heavily of the Greek and Roman classical pasts.

The buildings were built from 1874 to 1883, long before Austria became a republic – when they were part of the Austro-Hungarian Empire. 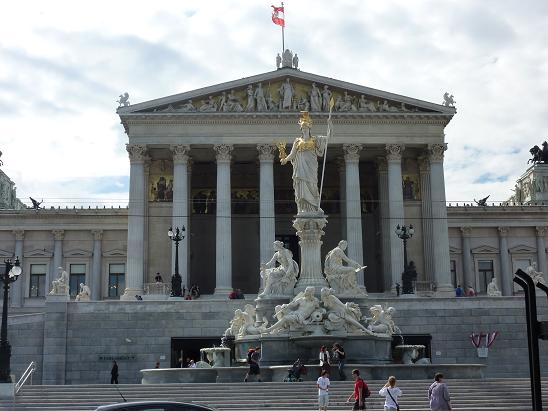 A huge statue of Athena, Goddess of Wisdom, out front. 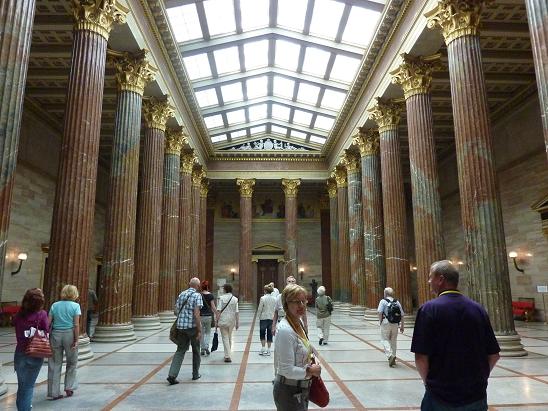 This is the Hall of Pillars – literally. I like our Grand Hall in the NZ Parliament, but it doesn’t compete with this. Each pillar weighs around 16 tons. 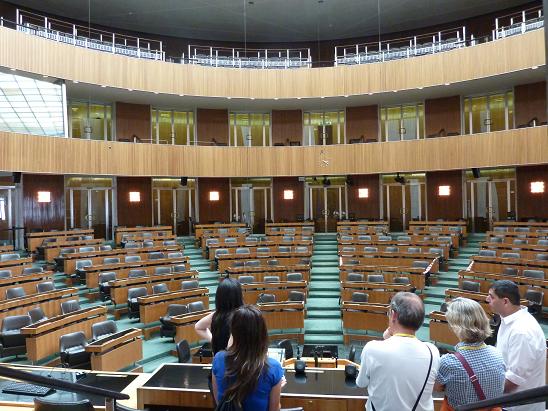 This is the National Council Chamber, or lower house. It was previously the House of Lords in the Empire. It got mainly destroyed in WWII, so looks more modern with the rebuilding.

The Council has 183 MPs, and they are elected for five year terms. The age of suffrage is 16 and they use a party list proportional representation system. The current Government is a red-black grand coalition of the SDP and the Austrian People’s Party. They have 108 seats together. 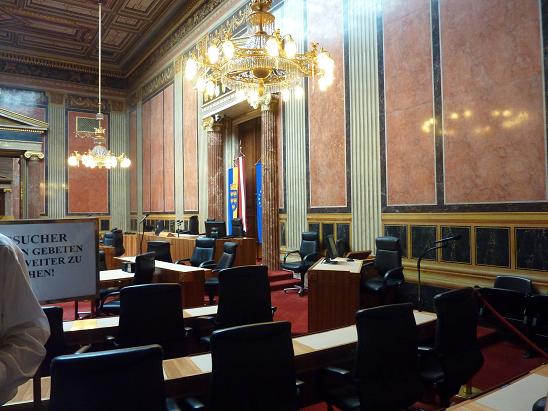 This is part of the Federal Council Chamber, or Upper House. It is a small room, with just 62 members. Each state legislature appoints 3 – 12 members. So it is not directly elected. They are less powerful than the National Council. 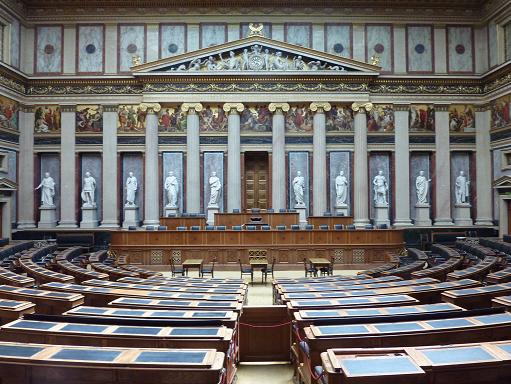 This room was by far the most impressive. It is the former Austrian House of Representatives, of the Austro-Hungary Empire. It had 516 delegates including Germans, Czechs, Poles, Italians, Slovenians, Ruthenians (Ukraine), Croats, Romanians and Serbs.

Today it is only used by the Federal Assembly, which is a joint session of thw two Councils. The Assembly only meets to swear in a President, impeach the President or declare war. The last two have never happened. 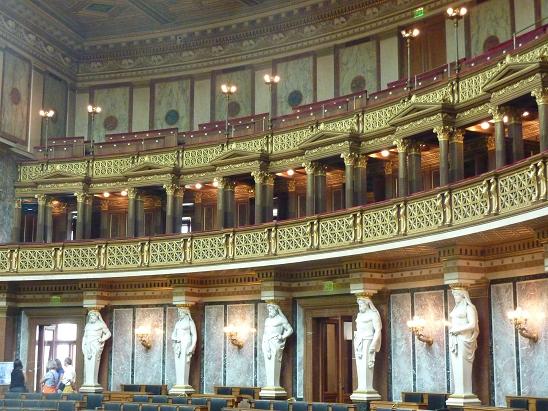 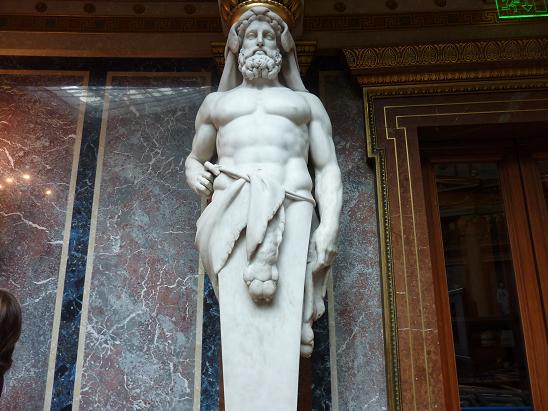 I was amused by this statue as at first I thought he had a very impressive member. Then as I tried to work out why his glans looked like a paw, I deduced it was in fact part of his loin cloth – presumably made out of a animal’s skin.