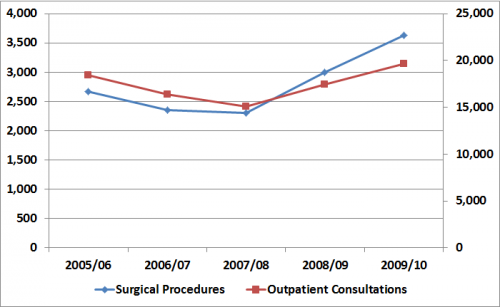 These figures were released from Keneperu Hospital under the OIA. The left hand axis is surgical procedures which have grown a staggering 57% in just two years. The right hand axis is outpatient consultations, which have increased 30% in two years.