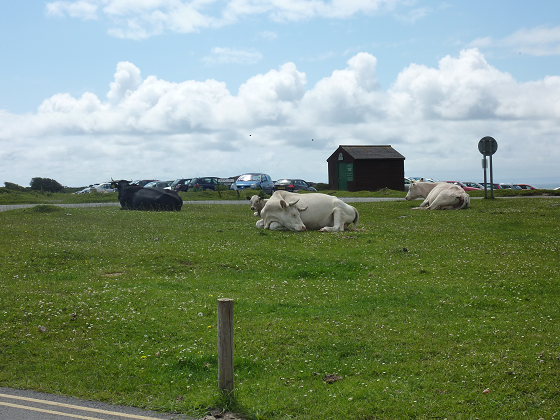 Drove west over to Swansea and the Gower Peninsula. Very amused to find these cows sleeping in the middle of a roundabout. This was not unique – unlike NZ, many Welsh farms are not fenced in. Cows, sheep and even horses roam next to and across some of the roads. 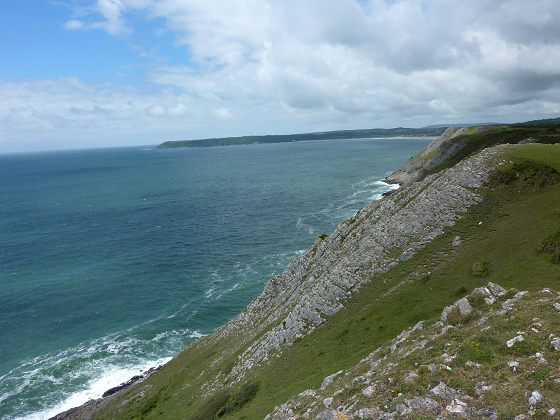 All along Gower, there are cliffs and the ocean. Magnificent views. 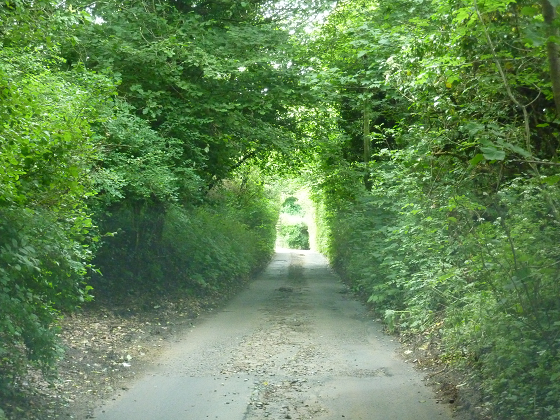 Many of the roads are what I call tree tunnels. They are barely wide enough for one car, but believe it or not are two-way roads. Beautiful roads to drive along, but you drive very slowly and should be prepared to reverse often. 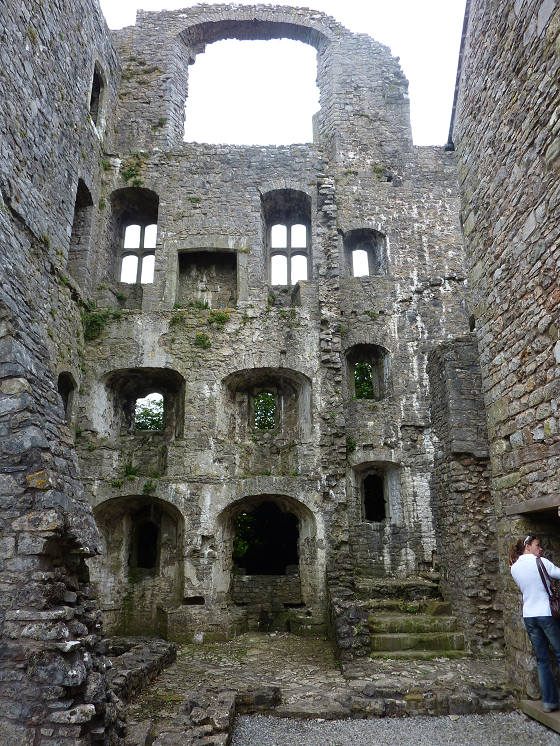 These are the remains of Oxwich Castle. It is also home to a display about the history of Wales which was very interesting. 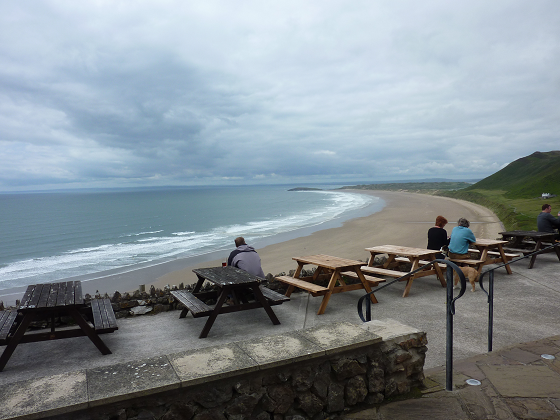 This is the view from the Worm’s Head Tavern at Rhossili. Had a nice lunch here and the views are to die for. Which would happen if you fell over the edge. 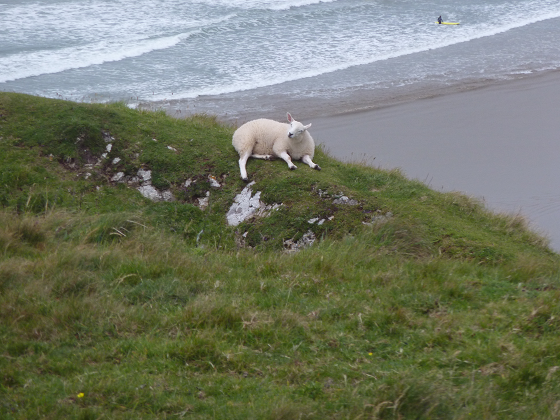 This sheep is enjoying the good life. 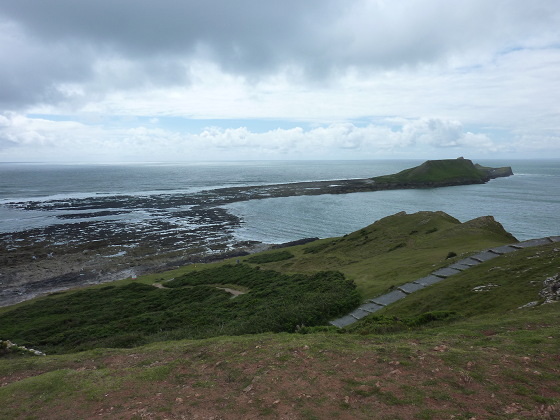 If you walk for a km or so you get to the western most point, where you can descend down and at low tide cross over to the “Worm’s Head”. it does indeed look like a worm with a head. You need to time it carefully as if you stay over there for too long, you will be trapped for 12 hours. 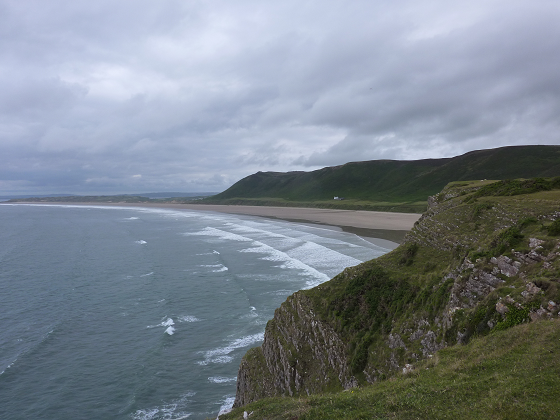 Another view of the beach at Rhossili 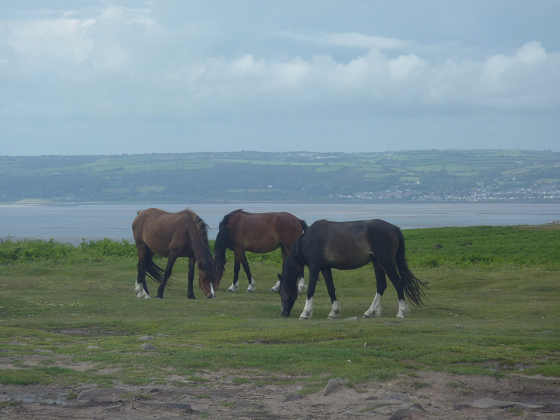 These horses are at Cefn Bryn. 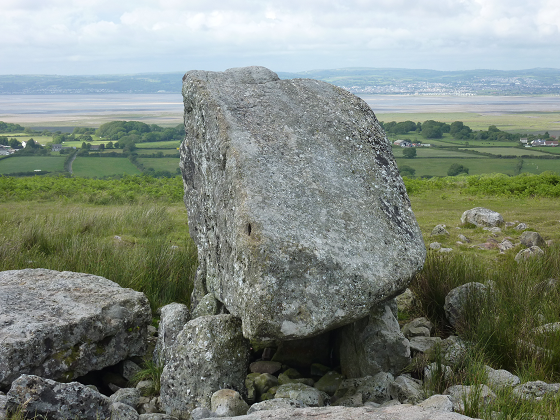 This is Arthur’s Stone. The legend is he threw a stone from Llanelli which landed here. In reality is is a burial site from the neolithic period, so is up to 10,000 years old. 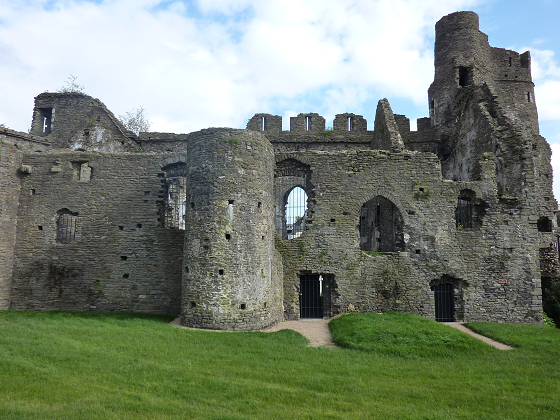 The ruins of Swansea Castle in Swansea. 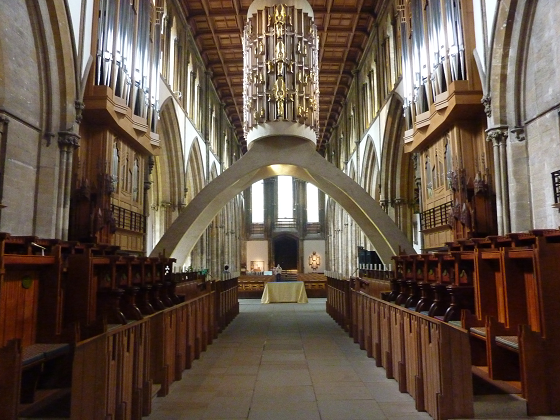 The interior of Llandaff Cathedral in Cardiff. 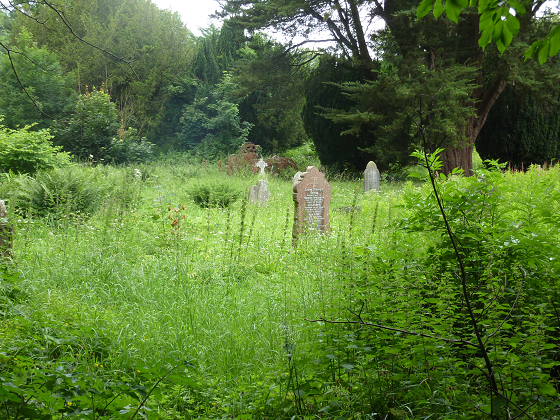 Outside the cathedral they’ve got hectares of old cemeteries to rumage through. 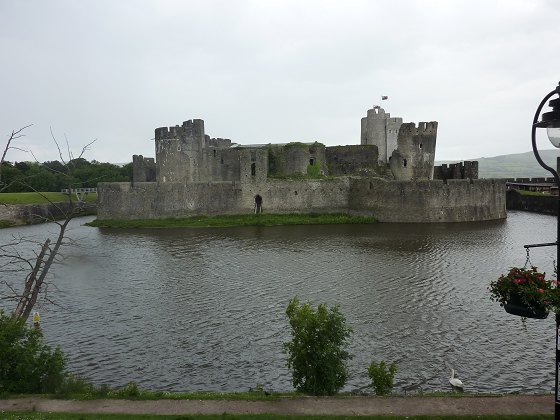 This is Caerphlliy Castle, north of Cardiff. It is the second largest in the UK, and well worth a look around. 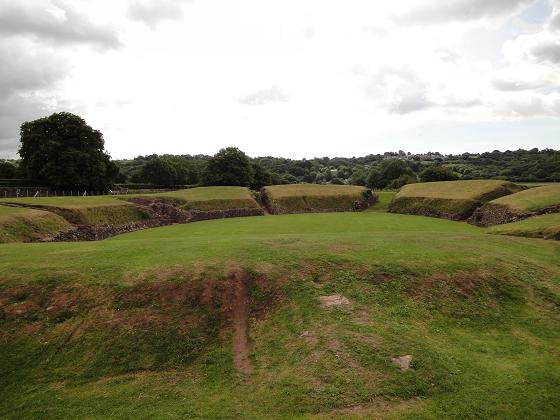 On the way out of Wales, popped into Caerleon. It was home to a Roman legion and fort, and one can see the remains of Roman baths plus this amphitheatre. There is also a free museum with artefacts from the era.

Caerleon is also where Camelot was located according to Geoffrey of Monmouth. 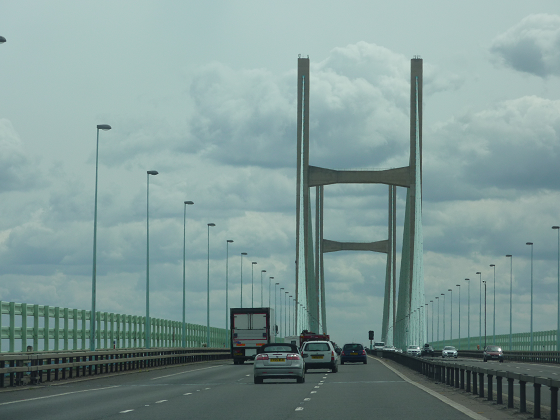 I was not planning to visit Wales as traditionally the reputation of Cardiff especially has been rather dour. But really glad we did. Cardiff is a lovely city, and South Wales is beautiful – the Gower Peninsula especially was just great to drive around.