For the third day running we had a go at getting a sighting of the lioness who was protecting her cubs.  As you head into the bush you do not feel particularly safe, as the vehicle is literally making its own path in, and even in an emergency would only be able to reverse out slowly.

The biggest protection is being in the vehicle – not that it would protect you if a lion attacked, but that unless you stand up in it, they generally do not recognise you as prey.

After a couple of minutes in this spot, we heard a loud growl and looking to our left was mama lion. 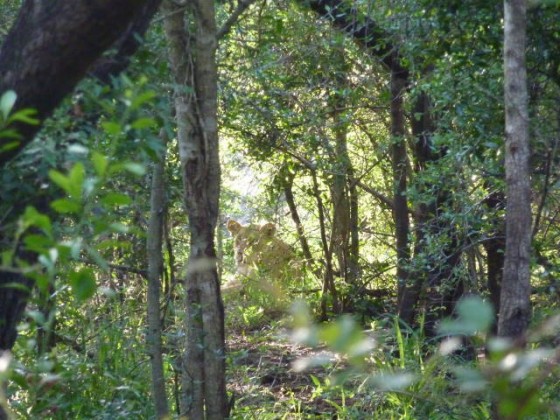 She kept watching us but not moving, and a couple of her cubs popped their heads up also. Being so close to a lioness and her cubs is cool, but you also know that is when they are second most aggressive – only more aggressive when mating. 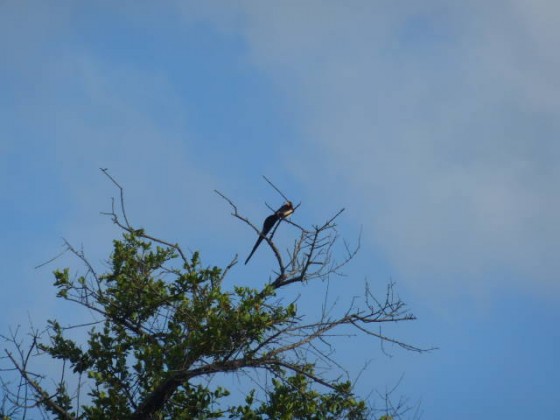 We did look up these birds as we saw them, but I didn’t note the names down. 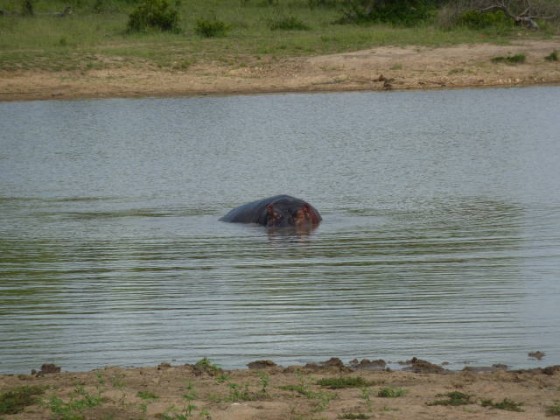 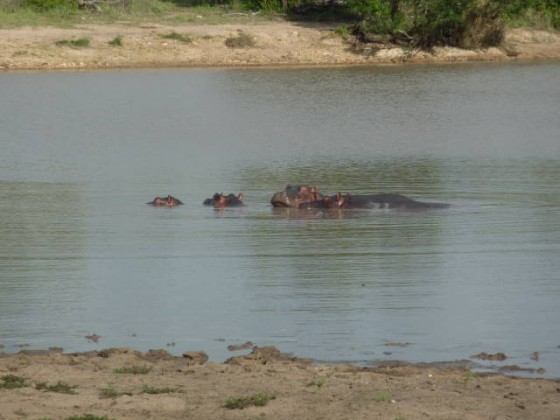 And a hippo family. 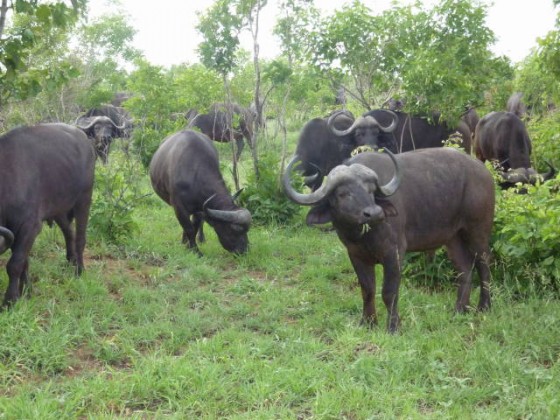 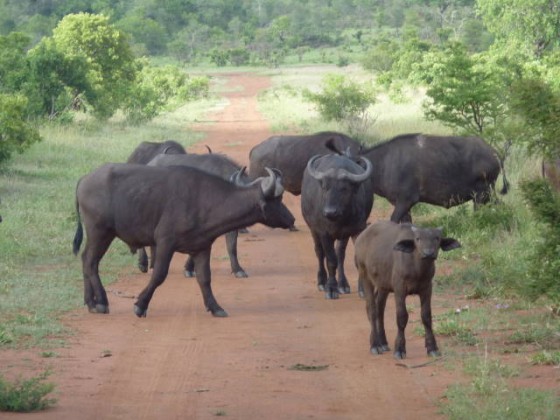 Unlike in NZ when you honk at cattle on the road, you just patiently wait for them to move. 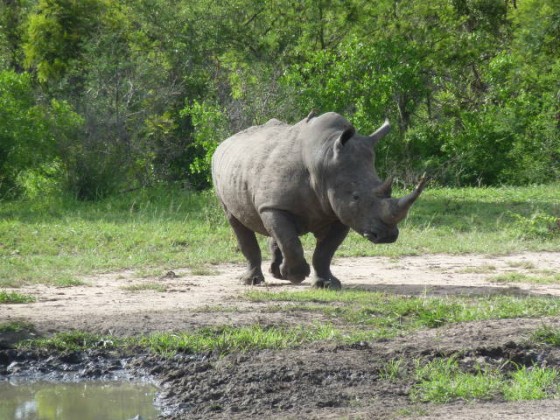 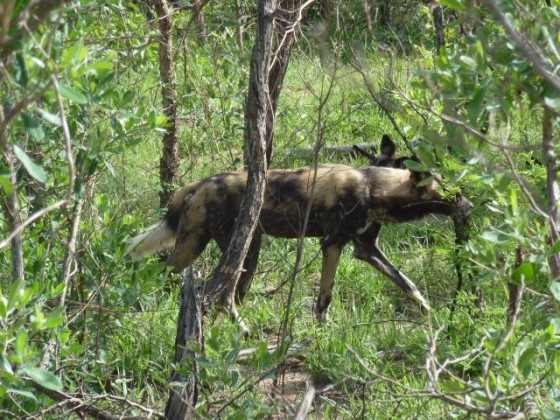 We were really lucky to see some of these – the African Wild Dogs. These are very rare – sometimes people will go for years without seeing them. 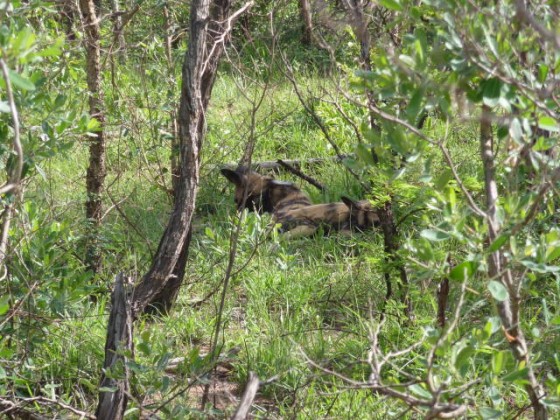 They look quite cute there, but they are very efficient killers. Around 80% of their hunts end in kills, compared to 30% for lions. They kill by disemboweling and then will feed their young later by regurgitating meat up for them.

They have the strongest bite relative to their mass of any extant mammal carnivore. 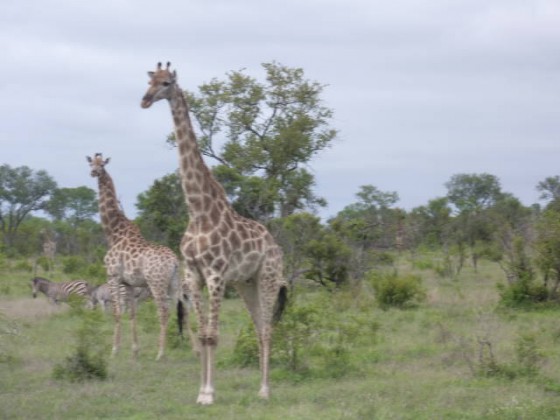 I love the giraffes. They are so, well African, and just dominate an scene they are in. 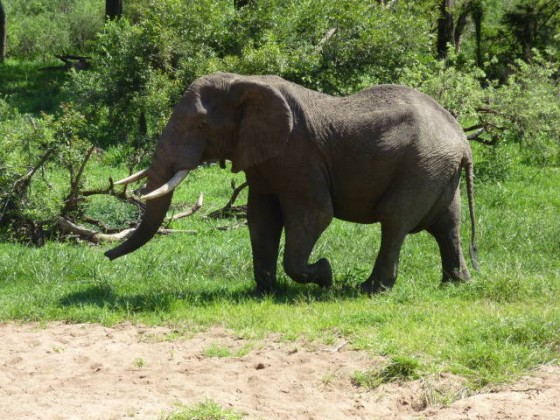 After the morning drive on the third day I commented to the guides that I had yet to see any elephants. Now by pure coincidence this elephant walked past the lodge while we were at lunch. How is that for room service! 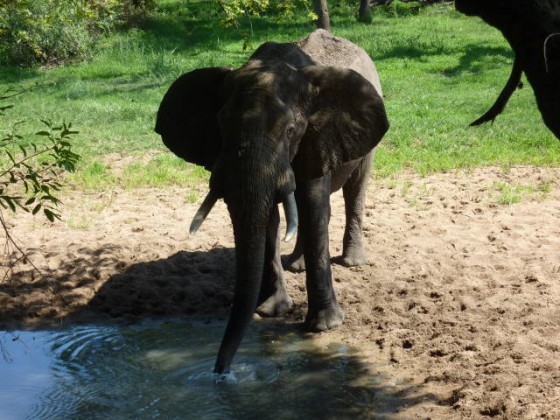 He had a drink from our pool. 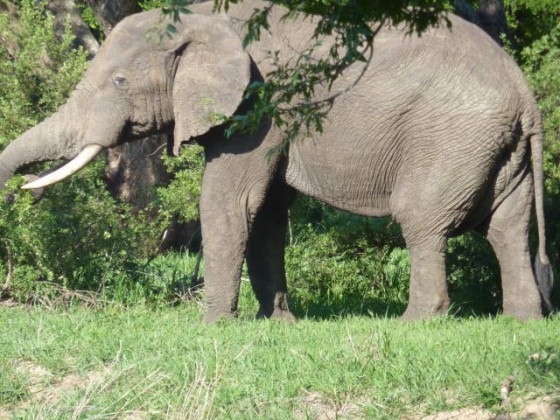 After lunch we went out and found another elephant – a slightly bigger one. 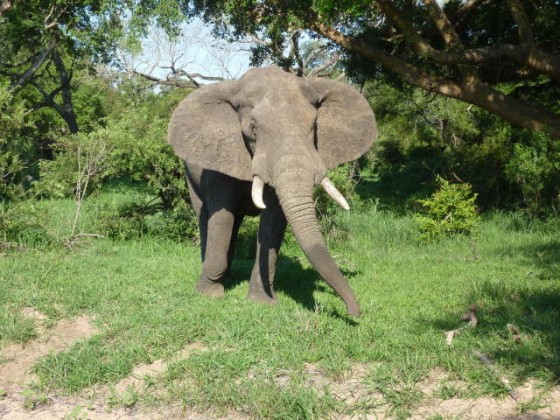 The guide had said that if you are on foot hippos are probably the most dangerous, but elephants are the most dangerous in a vehicle, as they could over turn it easily. Well this elephant got a bit snarly with us and did a minor charge of two to three metres towards us. I didn’t wet my pants, but lets say I did turn somewhat white. 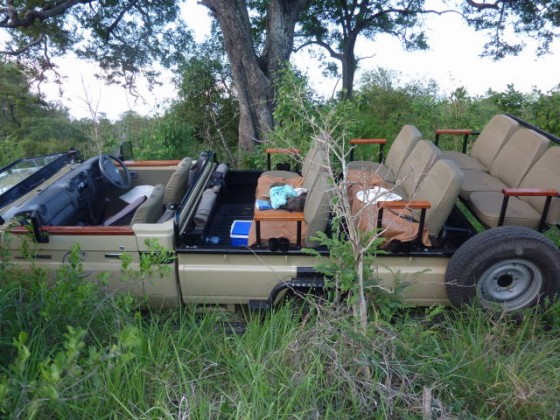 Later on we came across a leopard and two mating lions. The lions mate every 15 minutes so you can often hear them. As were were heading towards them the vehicle got stuck in an unseen ditch, so we all had to get out, while it was freed. Now mating lions can be very aggressive, so there was a degree of nervousness about being out of the vehicle as if they see you out of it, they may regard you as prey. The gun was ready to go, just in case.

As it happens the lions went away. We saw the leopard briefly, but not in time for a photo. Have now seen all of the big five, but I count it as four and a half as I only saw the leopard’s arse. 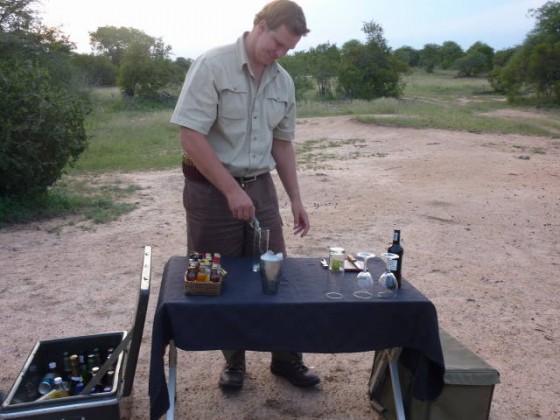 Every evening just before sunset we stop and have some drinks. Very nice. 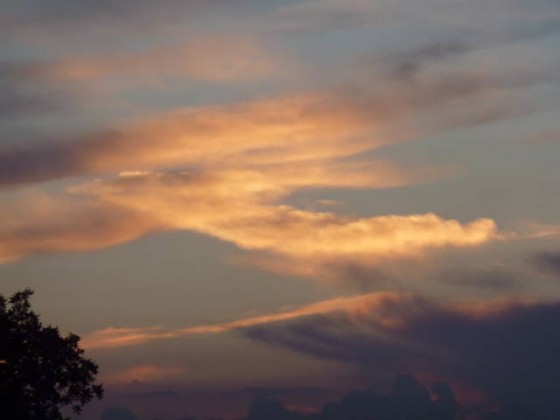 And after the sun sets we spend an hour or so using a spotlight to spot more beasts, usually getting home around 8 pm for dinner.